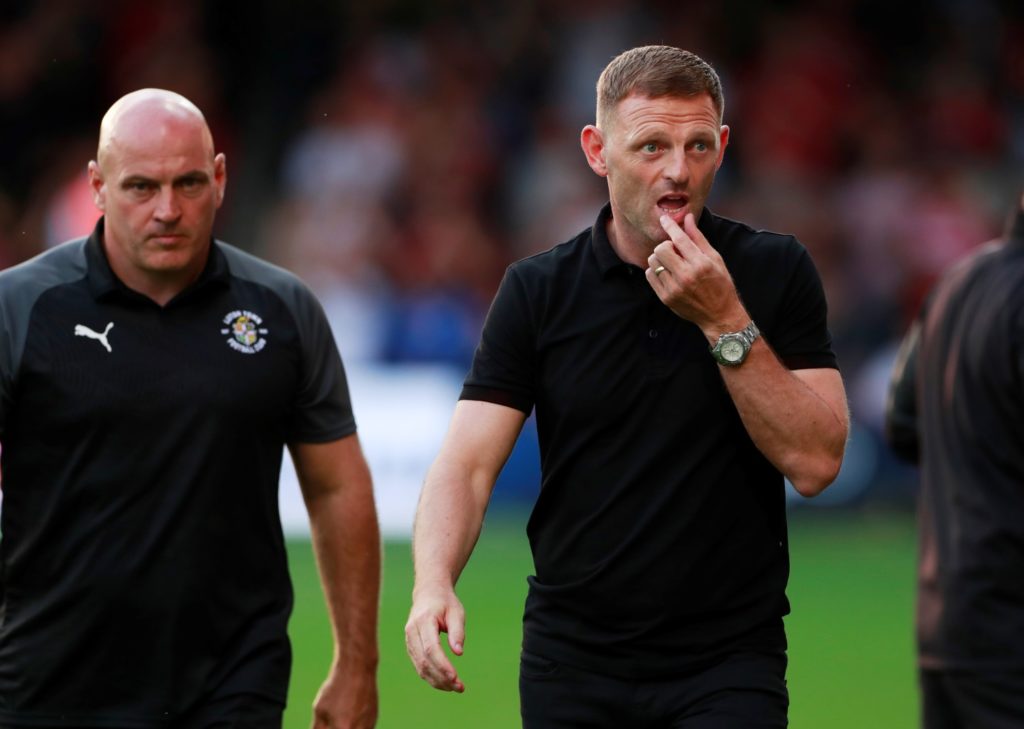 Luton boss Graeme Jones admits his side need to cut out their sloppy play if they are to avoid relegation.

Jones took charge of a senior side for the first time in the summer, having worked as an assistant to Roberto Martinez at Wigan, Everton and Belgium.

The 49-year-old has tried to utilise similar principles to Martinez during his time with the Hatters – playing out from the back and employing a diamond in midfield in order to stay in possession.

However, their preference for keeping the ball on the ground has hindered the Hatters at times and they currently sit 21st in the Championship.

After winning promotion in each of the last two seasons, taking on the Championship was always going to be tough for Luton but their form heading into the international break has been particularly poor, losing four games in a row.

Jones will hope to use the fortnight off to allow his players to rest and recuperate after three individual errors cost them in Saturday’s 3-0 defeat at Reading.

The boss has urged his players to sharpen up, conceding that their inconsistency will do them no favours as they look to battle against the drop.

“I can’t defend set-pieces, I can’t defend a counter-attack and I can’t make mistakes at the back when you’re the last man,” he said. “We’re in a relegation our fight, we need to roll our sleeves up.”