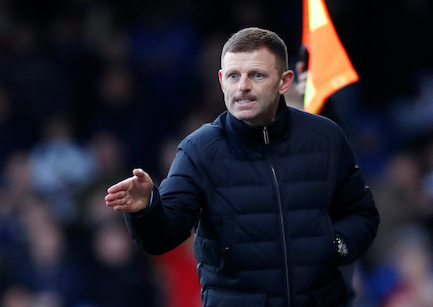 Luton Town manager Graeme Jones says the first team continue to train as normal as they prepare to play again this season once the suspension is lifted.

The Premier League and EFL announced that no football will be played until April 4 as they try to tackle the coronavirus pandemic.

Fans fear that the season may be classed as void, while other rumours suggest the campaign will end after 37 matches.

That would leave Luton in the relegation zone and they would be returning to League One as a result.

Unlike other clubs, the Hatters continue to train every day together and Jones is hoping it will give them a boost, should the season resume later this summer.

Jones told Luton Today: “I’m a football manager looking after my players for any kind of scenario that comes our way, including the virus.

“If we play on the fourth of April, then we’ve had good preparation towards it, making sure we keep people fit.

Luton are unbeaten in their last three matches, while they have only lost one of their previous six games in the Championship.

Victories over Sheffield Wednesday, Middlesbrough and Brentford have been backed up by draws against Stoke City and Wigan Athletic recently.

Only Charlton Athletic have got the better of them, which coincidentally is the team that sits four points above them in 22nd.

Luton have 35 points from their first 37 games and they are seven points from safety with nine matches remaining this season.