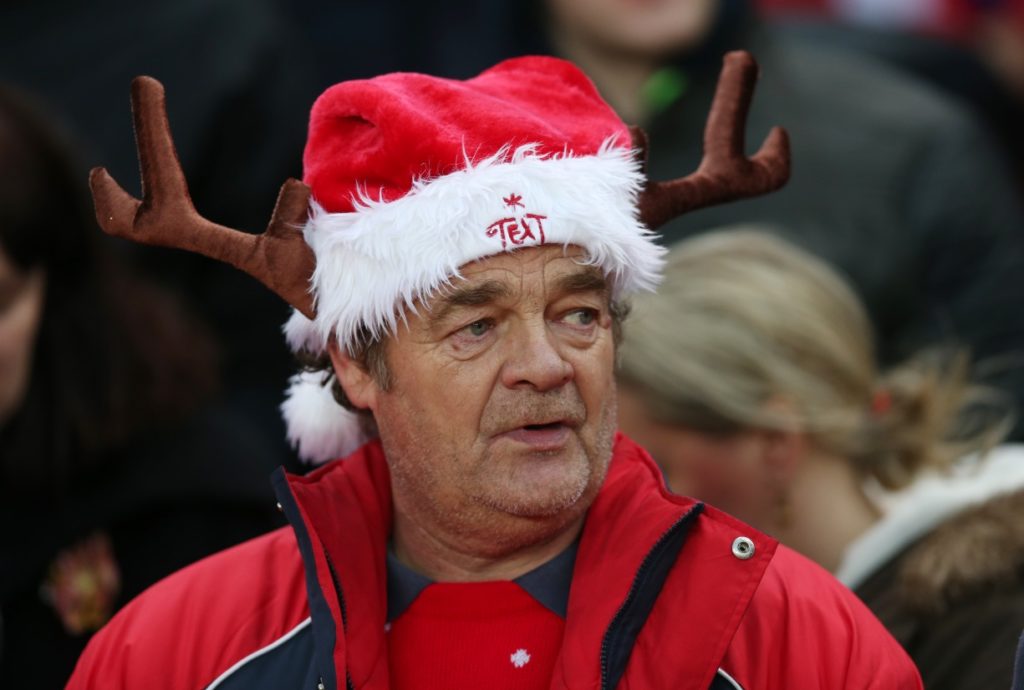 Christmas is almost here and it would be Rudolph not to bring (ourselves, at least) a bit of cheer with our favourite festive XI!

While David Gold could be the chairman, there is no place in our team for on-loan Nottingham Forest striker Rafa Myrrh or former Middlesbrough-man Jonathan Frankincense, while Salford’s Scott Wiseman also misses out.

A Christmas Tree formation would be too obvious so we instead go with an attacking 4-3-3 set-up for our side, which will obviously be managed by Flamengo boss Jorge Jesus, with every game refereed by Jeff Winter.

In goal, we opt for an Ireland international. Having flown from east London to Middlesbrough last summer, he has flourished.

The 32-year-old may be his side’s final line of defence but if Boro are to improve this season, he will need to be at the forefront.

Capable of playing anywhere down the right, another Republic of Ireland international enjoyed spells at Bolton, Liverpool, Blackburn, Sunderland and Tranmere.

He could certainly be explosive, but also humorous – just ask Roy Keane – and his fiery spirit would provide plenty to our team.

We may not have Balthasar, Gaspar and Melchior but do have ‘The King’ at the back.

An elegant but injury-plagued defender, he read the game like the Magi interpreted King Herod’s intentions and adds a touch of class at the back.

Like the spirit, this former England defender divided opinion during his career.

Occasionally bitter, rarely smooth but always at the heart of festivities, he’d probably also be our captain as, like grandma, it would be the only way to keep him quiet.

Another man who often split the public, although unfairly it seemed his perceived ‘outsider’ status was borne from his preference for reading the Guardian and going to university (heaven forbid!!!)

Two spells at Chelsea and a stint at Blackburn helped him collect a League Cup, Uefa Super Cup and Premier League title and the 36-cap England international’s delivery means he will provide plenty of gifts for those around him.

So good they named him twice, one of the greatest African players of all time even managed to bring some glamour to Bolton.

An Olympic champion no less, our man would bring the sparkle in the middle of the park.

Maybe the wrong time of year for a man nicknamed ‘Judas’ by the West Ham fans, the first black player to captain England provides fire to our flair-filled midfield.

One of the few English players to head abroad with a stint at Inter Milan, any man who acquires his nickname for joining Manchester United and later plays for Liverpool is someone with the self-confidence required to drive our team on.

Silky, subtle and, even at 33, still sensational, the Manchester City captain would probably still get into any team in the world.

A lucrative move to the MLS reportedly beckons and while the bell on his top-level career maybe about to ‘ring-a-ling’, he remains a star.

Described by Rafael Benitez upon signing for Liverpool as a player “with quality” but “not a high price”, the Frenchman never quite turned out to be the bargain the Anfield club had hoped for.

Considering he started at Paris Saint-Germain, if you flipped his CV it would be pretty good and these days he is looking to bring cheer to the fans of new club Ho Chi Minh City FC.

Another striker whose career started so well and went a bit awol after a spell at Liverpool, this would be our number nine at the top of the tree.
Without a goal for Crystal Palace this season, and with rumours of a January exit, could he be reborn over the busy Christmas period?

The clue is in the name, and the Paraguayan forward usually delivered, mainly with Bayern Munich, Blackburn and now Olimpia and has also collected 112 caps for his country.

Like a few of the above, he may not be the greatest but there are plenty of clubs who would like Santa to give them a gift this year.

Remember, don’t be a Demba Bah-humbug and make sure you have a merry Christmas.