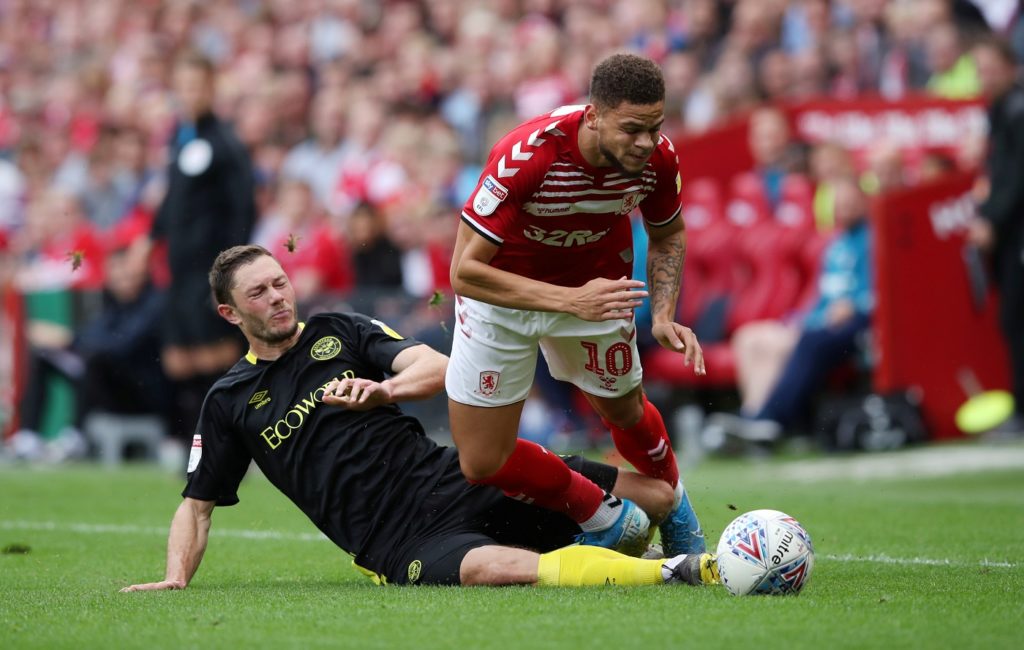 Middlesbrough boss Jonathan Woodgate has confirmed Marc Bola and Marcus Browne are free to leave the club on loan this month.

Former Blackpool defender Bola only joined Middlesbrough from League One outfit Blackpool during the summer, but he has been limited to just seven Championship appearances this term, the last of which came in the 4-0 hammering at Leeds back in November.

Attacking midfielder Browne was also a new addition to the Boro squad ahead of the new season, as he joined on a four-year deal from West Ham, but he has also found himself frozen out of the first-team picture of late and has only started five league games as a result.

Woodgate believes the duo, who are both only 22, do have long-term futures at the Riverside, but he is keen to send them out on loan as he feels that will be important to their development.

“I spoke to Browney two days ago and said that he’d be able to go on loan. I think it’s important that Marcus gets games, so there will be a few teams in for him,” Woodgate told reporters.

“Likewise with Marc Bola, he’ll be able to go on loan and come back in pre-season and fight for his place. It’s important with those two that their careers don’t stagnate and they go out and play games.”

Boro have already been busy in transfer market this month, with Patrick Roberts and Lukas Nmecha joining on loan from Manchester City, with both players making their debuts during Sunday’s FA Cup draw with Tottenham.

Following a sticky start to the season, Boro currently sit 16th in the Championship standings after winning four league games on the spin over the festive period.