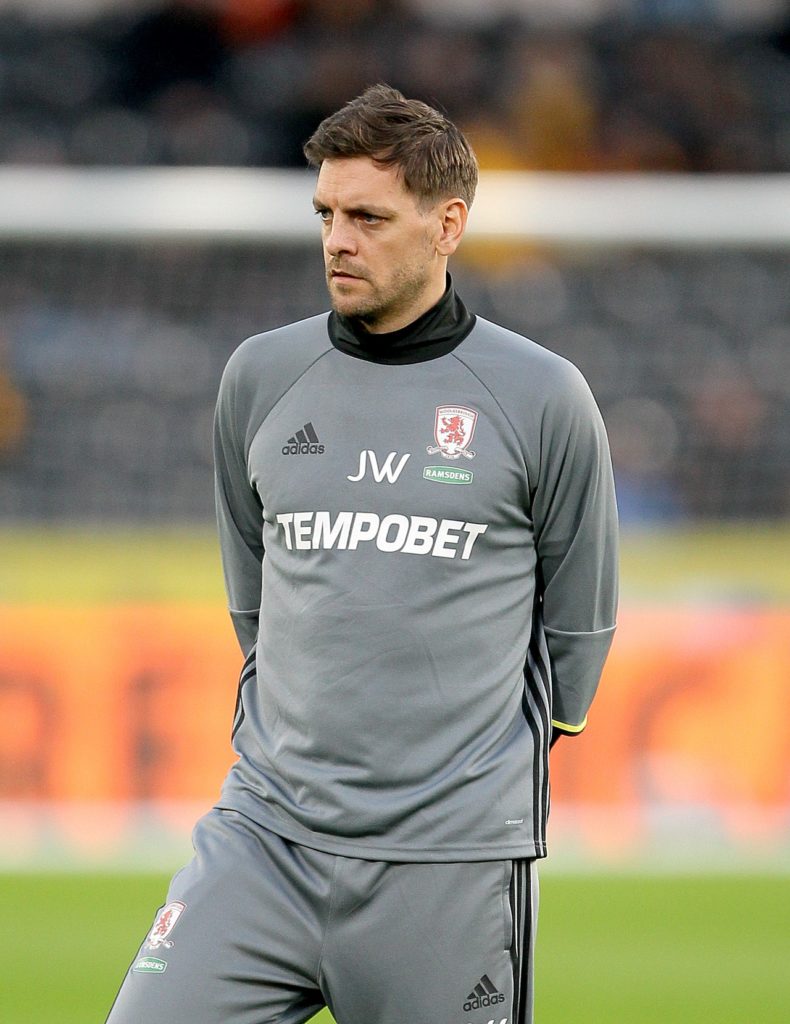 Jonathan Woodgate admits he is starting to grow frustrated with the delays regarding Darren Randolph's departure from Middlesbrough to West Ham.

Randolph looked all set to sign for the Hammers last week but talks have been held up by a thigh injury which has compromised his medical.

The 32-year-old joined Boro from the Hammers in 2017 and has excelled, winning the club’s Player of the Year last term, while also being named in the Championship’s Team of the Season.

Injuries have hindered the Republic of Ireland international this term and with age no longer on his side, it appears he is looking to the future.

Randolph would be the understudy to Lukasz Fabianski should he re-join the Hammers, with David Moyes looking for high-quality depth following Roberto and David Martin’s failure to convince in the Pole’s injury-enforced absence.

Boro, though, could pull the plug on the move should it continue to drag out.

Woodgate says the next 48 hours could be the key to the deal, admitting that the length of time the transfer has been on the table without being completed is “unbelievable”.

He said: “The situation is with Darren it’s the longest medical I’ve ever known in history and I’ve had a few medicals myself and, believe it or not, I’ve passed a few.

“But this is unbelievable really, let’s see what happens over the next 48 hours.”

Spaniard Tomas Mejias is again expected to wear the gloves for Tuesday’s FA Cup replay against Tottenham, with a chance Randolph could be in the squad. At the same time, youngster Aynsley Pears has impressed this season and looks to be Woodgate’s preference for the future.