Time for Middlesbrough to wield the axe after latest defeat? 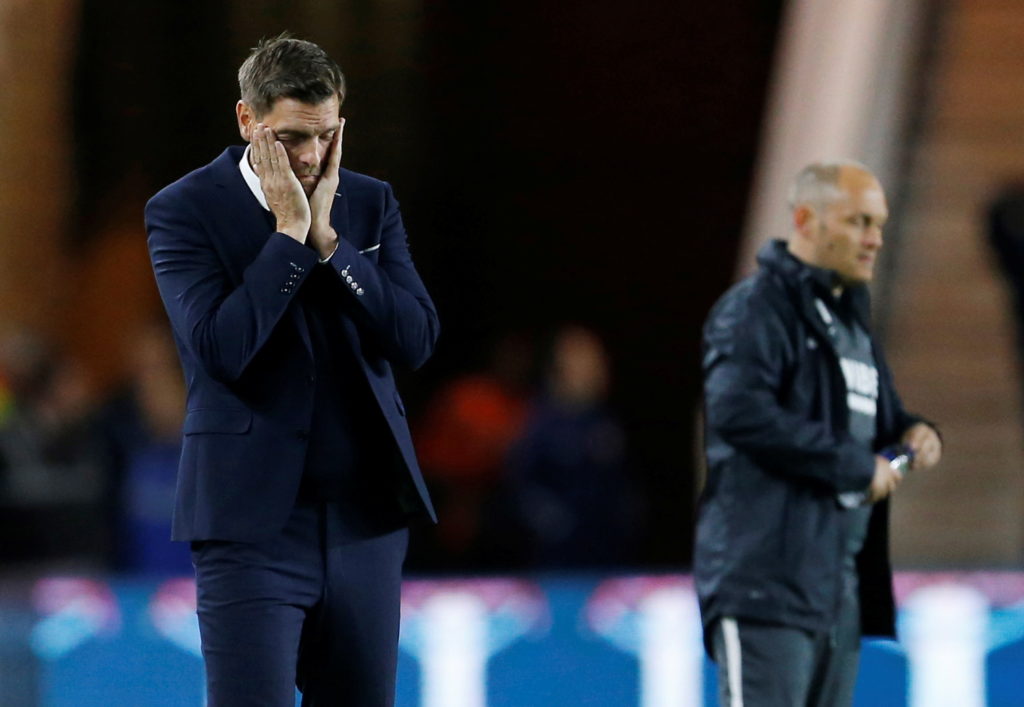 Middlesbrough boss Jonathan Woodgate says he saw plenty of positives from his side as they fell to a narrow 1-0 defeat to Leeds United on Wednesday night.

The former Leeds United defender was unable to stop his team from losing at the Riverside Stadium as Mateusz Klich fired home at the end of the first half.

Leeds also hit the crossbar through Pablo Hernandez but it was Boro that improved their performance in the second half. Marcus Tavernier hit the crossbar, while George Saville made life difficult as Boro fought for every ball on home soil.

Wednesday’s defeat leaves them 21st in the table and Wigan’s latest win over Reading means they are level on points with Woodgate’s troops.

Boro are now without a win in 11 matches and the club’s fans are calling for Woodgate’s head but the former defender says he is determined to fight on and  has no intention of walking away.

Watch as Jonathan Woodgate speaks to the media looking ahead to Monday's visit of @NFFC #UTB https://t.co/TNn1YmLP9y

Woodgate has won just 20 per cent of his matches in charge and Boro look in a precarious position.

His decision to play midfielder Jonny Howson in defence has been criticised but he and assistant manager Robbie Keane are doing all they can to solve their problems. After Wigan’s win, Boro are now the division’s lowest scorers and Woodgate may now only have one game left to save his job.

Even with Keane’s expertise, Boro are lacking confidence in front of goal and a change of manager may be what they need to retain their league status.

Tony Pulis’ disappointing tenure at the club means he is unlikely to return but former England boss Sam Allardyce will be one of the first coaches linked should Boro wield the axe. The former West Ham tactician is out of work and a club of Boro’s stature could appeal – after all he moved to Sunderland to save them from relegation.

Boro, to their credit, tried their hand with a young and ambitious coach but their form has been below par all season and the writing could now be on the wall for Woodgate at the Riverside.