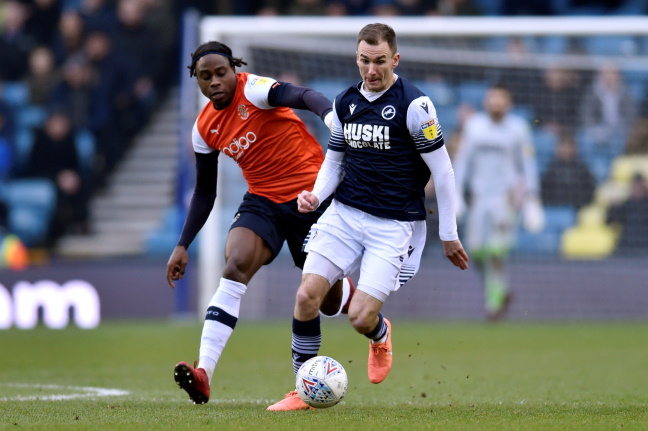 Winger Jed Wallace claims the race for the play-offs is wide open as Millwall try to sneak in during the final few months of the Championship campaign.

The Lions sit 10th in the league table yet are just four points behind sixth-placed Preston North End and there are 13 games remaining.

Swansea City, Cardiff City, Blackburn Rovers and Bristol City will also fancy their chances of climbing into the top six.

However, Wallace says he and his team-mates fancy their chances after an impressive run under the former Stoke City coach.

He told London News Online: “The boys have been bang on it in training. We want to do something special. The fans appreciate that we give everything we’ve got – whether we win or lose.

“If you take away the first 10 minutes of the Preston match, we should have won 3-0 or 4-0. It’s a win-win after last season. We wanted to improve.

“We have it about us to run over most teams in the division. Wigan need a result – hopefully they come at us and we catch them the other way.”

Millwall will need Wallace to continue his rich vein of form if they are to succeed in their quest for the top six, with the 26-year-old scoring 10 in 31 games so far.

The January arrival of Ryan Woods has given him more freedom as he tries to help Tom Bradshaw in attack.