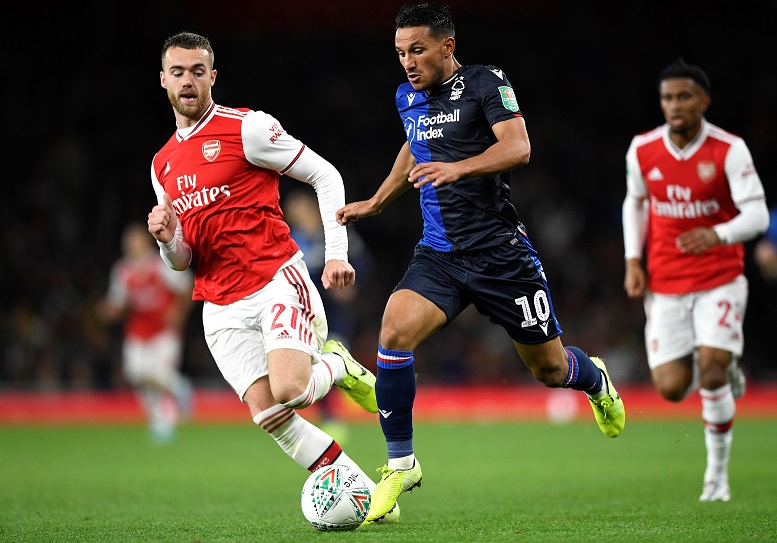 Trabzonspor have reportedly set their sights on a move to sign Nottingham Forest's Portuguese midfielder Joao Carvalho in 2020.

Turkish website Fotospor claim the Black Sea Storm are targeting Carvalho after some recent successful forays into the transfer market with English clubs.

Trabzonspor signed Caleb Ekuban on a season-long loan deal from Leeds United last year and made his move permanent in the summer after he scored five Super Lig goals.

They also paid out big money to attract ex-Liverpool frontman Daniel Sturridge to the Medical Park Stadyumu and landed Alexander Sorloth on a season-long loan deal from Crystal Palace.

The report claims Carvalho could be the next to make the move from England to Turkey with Trabzonspor scouts having identified the ex-Benfica starlet as a prime target.

Forest would be able to demand a hefty fee for the 22-year-old, who signed a five-year contract with Forest when he joined in a club-record transfer of £13.2million in June 2018.

The Reds midfielder appears to be attracting interest from Turkey.#nffc https://t.co/TvQPUw7nzD

However, it is more likely that Trabzonspor would try to broker a loan deal akin to the one they did with Palace for Sorloth.

Carvalho is not an undisputed starter for Forest boss Sabri Lamouchi with the Portuguese star having only begun six of the club’s 18 Championship matches this term.

He started 28 in total last season under Martin O’Neill and his predecessor Aitor Karanka last term, so Tranzonspor may not necessarily be barking up the wrong tree.

Born on March 9, 1997 in Portugal, Carvalho wears the number 10 on his back and prefers that role.

He has scored two goals in 14 games this season and has one assist to his name for fifth-placed Forest.

His future at the City Ground could depend on who is available and what business can be done by the club in the January transfer window with it looking highly likely that Forest will invest in a bid to ensure this becomes the season in which they are finally promoted back to the top-flight.