Is O’Neill the right appointment for struggling Stoke? 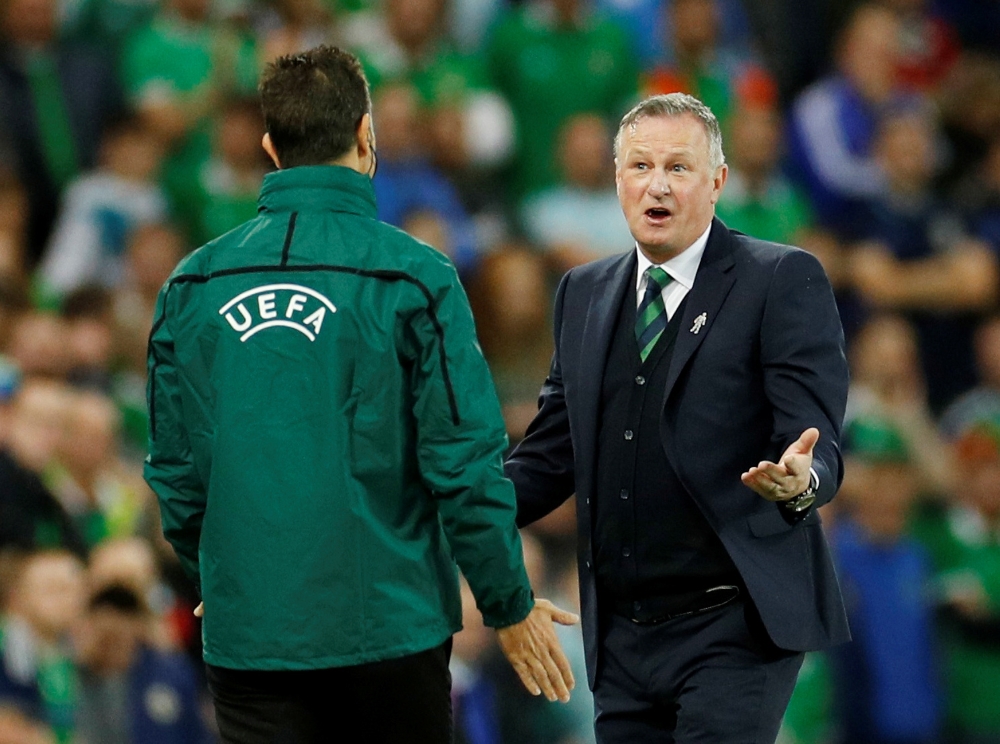 Stoke have shown their hand by making an approach for Northern Ireland's Michael O'Neill but will he succeed where other ex-international managers have failed?

The Potters, who are currently rooted to the foot of the Championship table, six points adrift of safety, have been looking for a new manager since parting ways with Nathan Jones last week and O’Neill looks to be top of their wishlist, with some reports going as far as to say he’s agreed to take over.

The 50-year-old made a name for himself by steering relative international minnows Northern Ireland to the knockout stages at Euro 2016 and has kept them in contention for qualification for another major tournament over the last two campaigns.

Heading into this month’s international break, O’Neill’s men still have a chance of reaching Euro 2020, although they face a tough task given they have the Netherlands and Germany to play in their final qualifiers.

Those could be his final games in charge if Stoke get their way but are the Potters making a mistake in going for a manager whose main success has come on the international stage?

It’s not the first time he’s been scouted by an English club side with West Brom taking a look at him last year before turning their attention elsewhere, and there are plenty of reasons why he’s been overlooked.

The former midfielder was a shock appointment when he was handed the reins for Northern Ireland in 2011 having previously been in charge of Shamrock Rovers and Brechin City.

O’Neill has no experience of managing in England, let alone the knowledge of a relegation battle in the Championship, so it would represent a huge risk to throw him into the firestorm currently engulfing the bet365 Stadium.

Not only does O’Neill have a lack of experience counting against him but the track record of those coaches swapping international football for the club environment is, in the main, hardly stellar.

A prime example of a manager who enjoyed success as an international coach before flopping in the second tier is Chris Coleman, who went straight from Wales to Sunderland in 2017. Coleman had more experience at club level than O’Neill but still couldn’t stop the Black Cats crashing out of the Championship.

Going further back, Craig Brown – the last man to take Scotland to an international tournament – couldn’t cut it at Preston after returning to club football. Brown guided the Lilywhites to two mid-table finishes before a magnanimous departure in 2004.

Others to have found the going tough upon going back to club management include Lawrie Sanchez, who flopped at Fulham after leaving Northern Ireland.

There are some that have made much better transitions back into club football – including Roy Hodgson and Mick McCarthy – but those are two men with a lot of experience under their belts.

Plenty of other options are available to Stoke, aside from O’Neill, with Wigan boss Paul Cook thought to be keen on taking on a new challenge having exceded expectations with the Latics. Cook has kept them in the second tier on a small budget and deserves a chance at a bigger club.

With Charlie Adam claiming many of the Stoke squad are “too comfortable” at the bet365 Stadium, it is tough to imagine someone like O’Neill lighting a fire under the current squad. Maybe the Northern Ireland boss can be a success at club level but throwing him into this situation would appear all wrong.