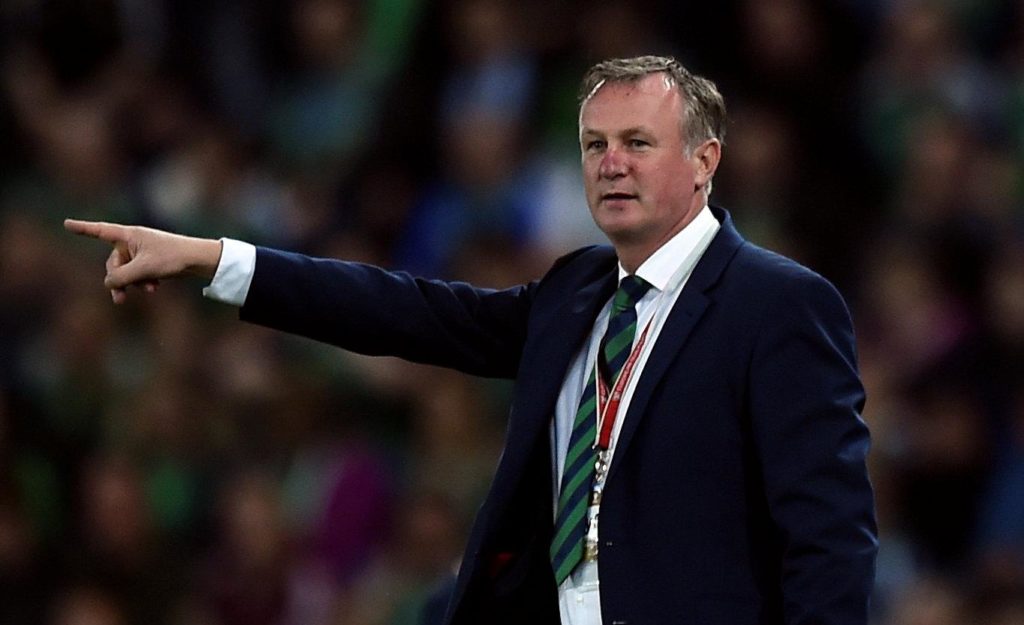 There were always going to be countless questions raised when Northern Ireland manager Michael O’Neill took the reins at Stoke City.

With an agreement in place between the Championship outfit and the Irish FA, the experienced coach will be in both roles through into the Euro 2020 play-offs in March.

Northern Ireland guaranteed their place in the play-offs thanks to a goalless draw against the Netherlands on Saturday and now they have a dead-rubber against the Germans in Frankfurt on Tuesday.

The excitement will be there from Northern Irish fans ahead of the play-offs, while there may well be concerns from the Stoke faithful that their manager is preoccupied elsewhere.

When asked about his dual role, O’Neill said: “To be honest, there’s nobody better than me to judge this because I actually do the job and the reality of the situation is to put a [new] coach in with a play-off situation, with three days’ preparation, wouldn’t be fair to the players or the association because of what’s at stake.”

Meanwhile, Stoke find themselves down in 23rd place in the Championship after a torrid start to the season under former boss Nathan Jones.

Jones seemed extremely confident in his ability to get the Potters up the table but ultimately it appeared to be overconfidence from the Welshman.

The Staffordshire outfit have already seen an upturn in fortunes since O’Neill’s appointment as they secured a 4-2 win over Barnsley although there will be much sterner tests to come.

Barnsley have been leaking goals throughout the Championship season so far and there is a reason they are rock bottom of the table and looking destined for League One football next season.

Again, the fixture gods have been somewhat kind to O’Neill for his second game as his new side prepare to host struggling Wigan Athletic side on Saturday.

The Latics went into the international break on the back of a 3-0 home defeat to Brentford and their confidence could be somewhat shaky ahead of a trip to the bet365 Stadium.

With nothing riding on Northern Ireland’s game in Frankfurt, O’Neill can divert one eye to his duties with Stoke ahead of the weekend.

Looking at a Potters side that boasts the likes of Jack Butland, Joe Allen, Tom Ince and Sam Vokes, Stoke should be challenging around the play-off places.

Barring a miracle run, it’s hard to see Stoke making up the ground on the top six but the questions to O’Neill about his dual role have to end.

Stoke will soon be his only focus and the 50-year-old can focus on the task of putting plans in place that could see the club be a real force in the Championship next season.