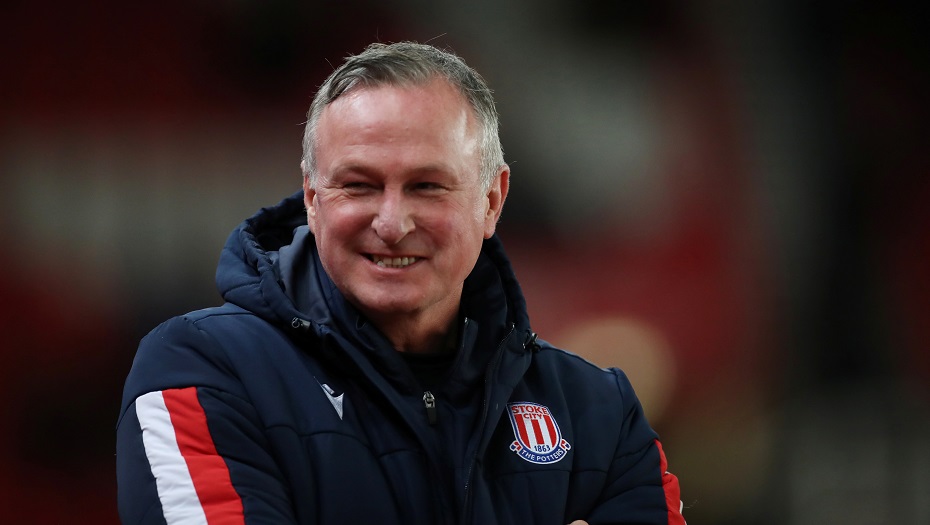 Boss Michael O’Neill believes his Stoke City side are flourishing as morale seems to be on the up for the Championship outfit.

Victory over Swansea on Saturday saw Stoke open up a handy seven-point cushion between themselves and the Championship drop-zone, with a strike from Sam Clucas and an added-time clincher from James McClean handing them their third league win in four games.

The start of the campaign saw the Potters endure a barren run of 10 games without a win, but fortunes have changed since Nathan Jones’ departure from the dugout in November.

O’Neill was immediately brought in to steady the ship and managed just that. The 50-year-old may have spent the first 14 years of his coaching career outside the English game, with spells as Brechin City and Shamrock Rovers, but his appointment appears to have revitalised an ailing Stoke side who put five goals past Huddersfield Town on New Year’s Day, before a draw with Millwall led on to victory over league leaders West Bromwich Albion.

“Confidence is everything for the players”, said the Portadown-born coach on Tuesday. “You can feel it in the dressing room, how the players are feeling and how they’re responding in training. There is a much better mood about the place.”

“We have to keep plugging away and keep winning games and try to bring the teams above us closer to us, and then go above them”, he added.

The Potters travel to Derbyshire on Friday to begin this weekend’s round of Championship fixtures, with their hosts also enjoying a strong run of form lately. The Rams’ 1-0 win over Hull City added a fifth game to an unbeaten streak that has seen them claim the scalps of Barnsley and Charlton, as well as Premier League side Crystal Palace in the FA Cup third round.

Three points for Stoke would see them record three back-to-back wins for the first time since October 2016.

O’Neill combines his Stoke tenure with his ongoing Northern Ireland managerial duties as the Green and White Army attempt to reach their second successive European Championship finals tournament. A play-off semi-final in Bosnia awaits on March 26, with a potential decider against Slovakia or the Republic of Ireland the final step on the road to qualification.