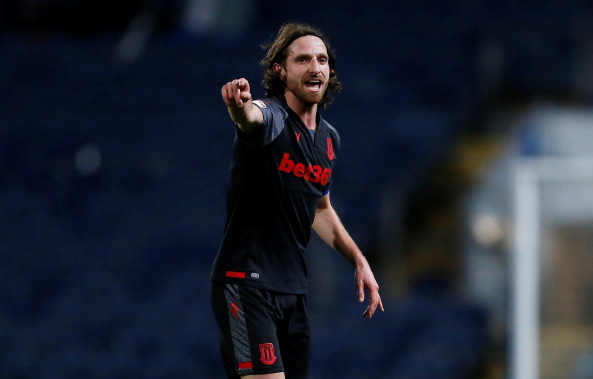 Stoke City manager Michael O'Neill says he is "devastated" for midfielder Joe Allen after his season was brought to an early end by an Achilles injury.

The Wales international will miss the rest of the Championship campaign and this summer’s European Championship after he suffered a ruptured tendon at the weekend.

Allen went down injured during Saturday’s 5-1 win over Hull City after he fell awkwardly after tripping over Tigers substitute Dan Batty.

He was stretchered off during the closing stages of the first half and the former Swansea City and Liverpool ace is now set for surgery this week.

O’Neill has challenged some of the other members of his squad to step up and fill the void in the middle of the park.

“He’s a great lad and when you’re a coach and a manager, you want the good lads to get the rewards and do well in the game.

“I know what it means for him to play for Wales and I’m sure he would have been looking forward to the finals, and a chance for him to show again that he’s a top, top international player, which he’s proven to be in the past.

“These things don’t come around often in players’ careers, so when it’s taken away from them cruelly with injury, it’s not very nice.”

Stoke are now unbeaten in their last four league games and sit 17th in the Championship table, three points above the drop zone.

Allen’s injury is a real hammer blow to their hopes of staying in the league. They still have to play several of their rivals like Middlesbrough, Wigan Athletic and Barnsley.