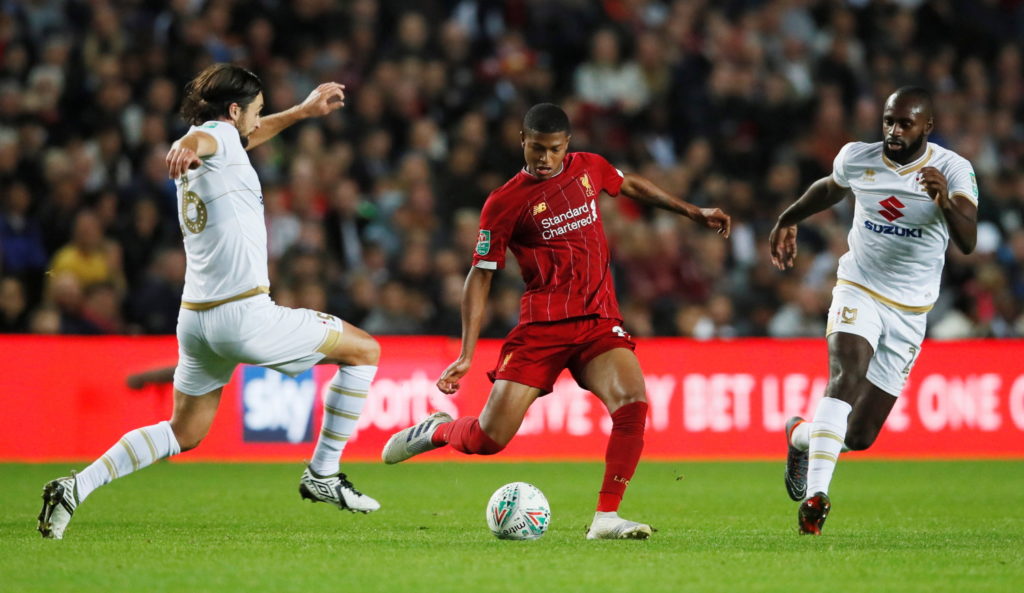 Swansea City have beaten several Championship clubs and confirmed they have signed Liverpool's Rhian Brewster on loan for the rest of the season.

The England Under-21 international has been at Liverpool since 2014, after taking the decision to leave Chelsea’s academy.

Brewster has been in the headlines since 2017, when he finished as the top scorer when England won the Under-17 World Cup, under Swans coach Steve Cooper.

Liverpool received several offers for Brewster in the summer, but manager Jurgen Klopp decided to keep him as a backup.

The form of Divock Origi has tempted him to loan him out, even though Brewster stepped off the bench against Everton in Sunday’s FA Cup win.

Swansea have been looking for a replacement for Sam Surridge who returned to Bournemouth last week, and Brewster believes the move will help his career.

He told Swansea’s official website: “I’m very, very excited to be part of this. I couldn’t wait to get here and get started, to be honest.

“I’ve been watching the results and the team closely. It’s a very young team, but the quality is second to none. I want to bring something different to the team and help them.

“I’ve come here to try and play a lot of games and score a lot of goals for Swansea. At this moment in time, Swansea is the best team for me to join on loan. I want to help Swansea get promoted.”

Brewster will go straight into the Swansea squad for Sunday’s derby match against Cardiff City, with Cooper’s men looking to put pressure on the top two.