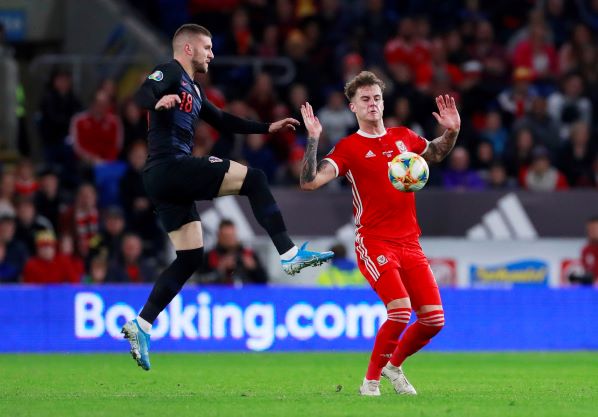 Manchester City are continuing to monitor Swansea City's highly-rated centre back Joe Rodon ahead of a possible summer transfer swoop.

Clubcall sources can confirm City representatives have been keeping tabs on the 22-year-old Welshman this season and have earmarked Rodon as a potential replacement for Nicolas Otamendi, who looks likely to move on this summer.

The 22-year-old Wales international has been scouted regularly since he returned to Steve Cooper’s starting line-up earlier this month after recovering from an ankle injury that had sidelined him since October.

That led The Daily Mail to claim City are considering Rodon as one of two centre backs they intend to sign as they look to make amends for not replacing Vincent Kompany last year.

Although he has been disappointing, John Stones will be given another chance to find his best form. Fernandinho has been filling in very well on the left side of Pep Guardiola’s central pairing, with Otamendi rotated in alongside the veteran Brazilian together with Stones and academy graduates Eric Garcia and Taylor Harwood-Bellis.

Rodon, who is 6ft 4ins tall and composed on the ball, has been linked with City for nearly 18 months but may only now be ready to make such a huge career step.

Bournemouth, Everton, Leicester, Chelsea and Arsenal have all watched him since he broke into Swansea’s first team under previous manager Graham Potter in August 2018.

He is now a full international who is likely to be part of Ryan Giggs’ squad for the Euro 2020 Finals and interest in him could spike if he impresses during the summer.

Swansea say Wales defender Joe Rodon is missing due to a minor knock. Young winger Jordon Garrick returns to the bench after four months out https://t.co/o2rv0P6GlX

Swansea have kept five clean sheets in the 16 Championship matches that Rodon has started this season, conceding 17 goals during those games.

He missed their dramatic 4-4 draw with Hull City on Friday, sitting out the clash at the KCOM Stadium having only recently recovered from the ankle issue that kept him sidelined for three months.

But Rodon, who has two and a half years left on his contract, is expected to return when the Swans side host Huddersfield at the Liberty Stadium on Saturday.