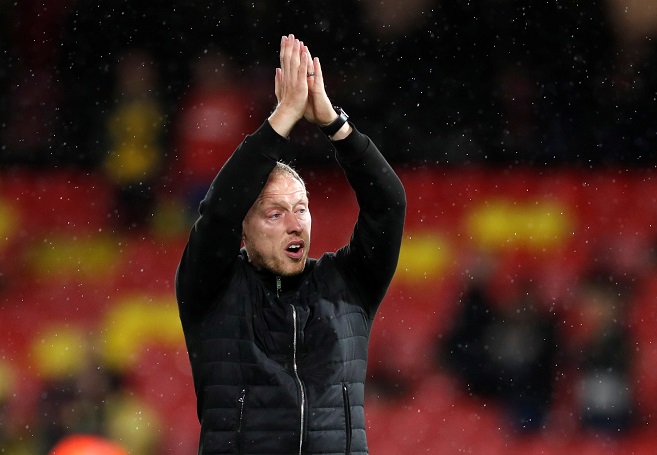 Swansea City boss Steve Cooper says his team still have a great chance of finishing in the Championship play-offs despite their recent slump in form.

The Swans have dropped to 11th in the table after failing to win any of their last five games in the second tier.

Cooper’s men have suffered defeats at the hands of Stoke City and Derby County in recent weeks, but they kept pace with those in the play-offs after drawing with Preston North End, Queens Park Rangers and Hull City.

Cooper was left frustrated after his team failed to get the job done at the KCOM Stadium, but they are back on home soil against Huddersfield Town this weekend.

The arrival of Marc Guehi, Rhian Brewster and Conor Gallagher was expected to give the club a massive lift as they chased promotion, but Cooper says his team have what it takes to climb the table.

He told Wales Online: “If we don’t believe that we can win games, then what’s the point? We’re not here just to play a part. We’re a young team that’s trying to play in a way that’s hard, but that’s our way.

“It’s a looking forward mentality. A we can do this mentality, otherwise what is the point. We want to win a game on Saturday like we always intend to do. We have to have that mentality. And we do. We’ll get ready for Saturday, we’re at home, we haven’t done well there in the last two games, and we want to put that right.”

Cooper will be boosted by the news that centre-back Joe Rodon can return, with the Wales international missing the 4-4 draw with Hull due to a minor knock.