Ayew refusing to give up on Swansea promotion dream 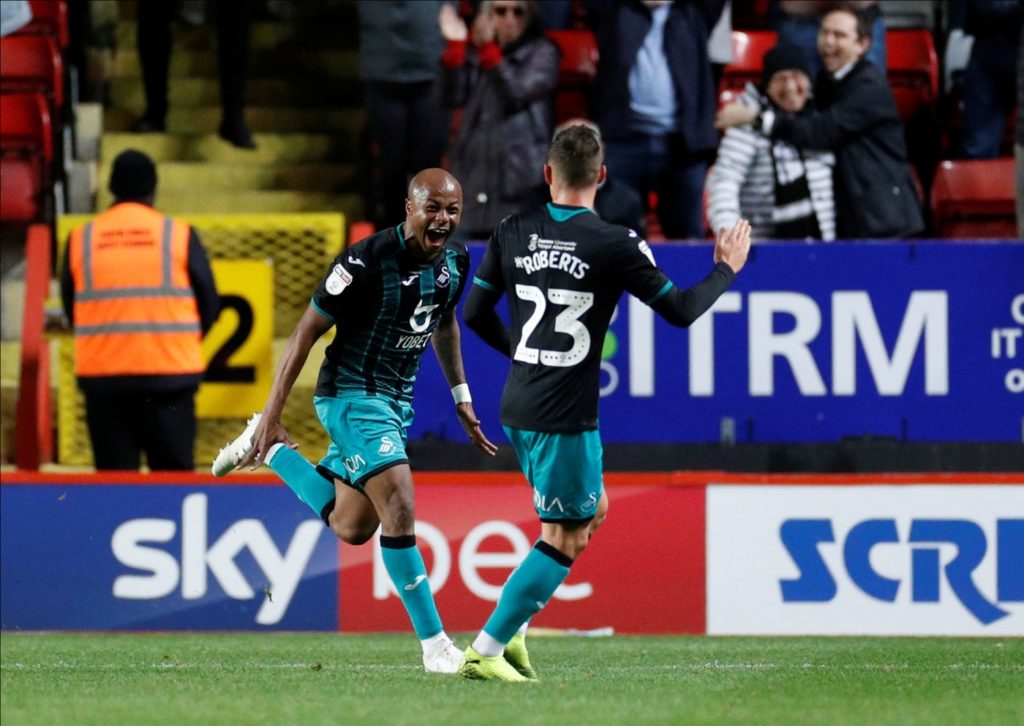 Andre Ayew says Swansea are "not going to give up" as they look to get back to winning ways and boost their Championship play-off chances.

Swansea are enduring a blip in form at the wrong part of the campaign and they have recorded just one victory from their last eight Championship matches, a run of form that has seen the club slip to ninth in the standings.

The Welsh outfit have conceded two stoppage-time goals in their last two outings, losing 1-0 to Fulham and drawing 2-2 with Blackburn Rovers – two teams that are also battling for promotion to the Premier League.

Ghana international Ayew, who has a contract at the Liberty Stadium until the summer of 2021, is Swansea’s top scorer this season, netting 12 times in the league to give his side a shot at the play-offs.

As things stand, Steve Cooper’s men are four points behind sixth-place Preston North End and the Swans face a massive game on Saturday when they play host to table-toppers West Brom, who head into the game on the back of a shock 1-0 home defeat to Wigan Athletic.

Despite the club’s disappointing run of results, Ayew is adamant his side can turn things around and climb into the play-off positions before the end of the season.

“The good thing is that we’re now only four points off the play-off places. Obviously, it could have been two, but we have closed the gap,” he told the club’s official website.

“We must try to get three points on Saturday and move closer. We’ll keep fighting until the last day; we’re not going to give up.”