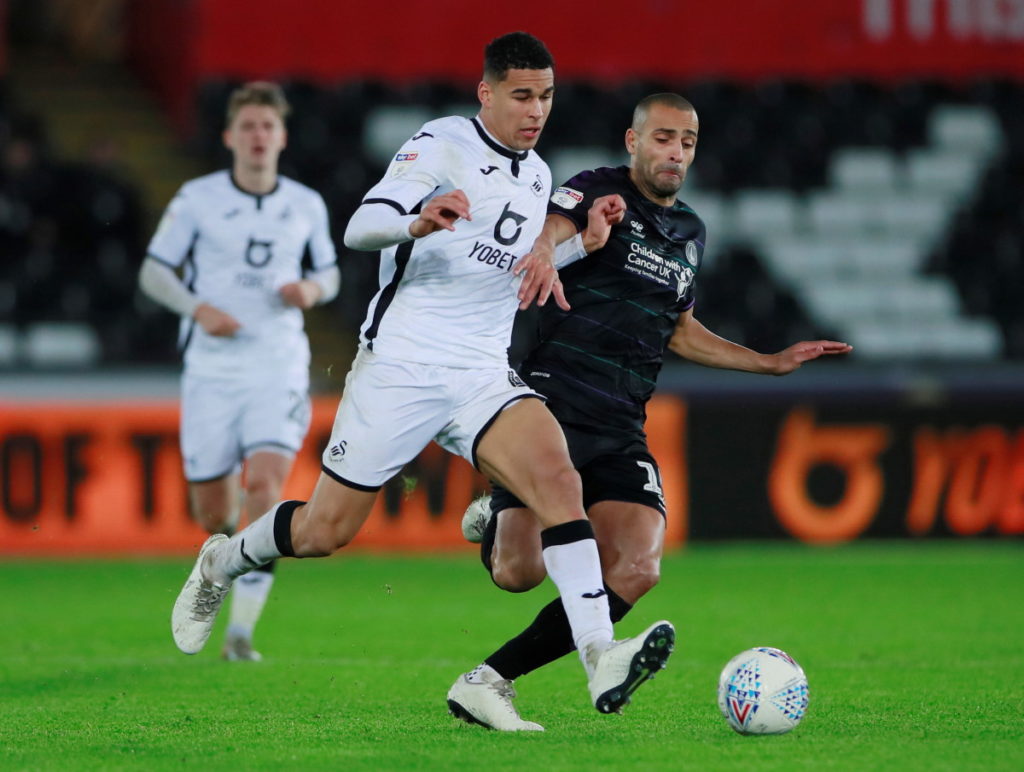 Swansea City defender Ben Cabango has signed a new contract and is now tied down to the club until the summer of 2023.

Cabango’s previous deal had been due to expire in 2021 and the club have moved to secure his future for another two seasons.

The 19-year-old made his debut in August against Northampton Town and has managed 16 first-team appearances in total for the Swans.

The Wales Under-21 international has established himself as a regular in recent weeks and started four games in a row prior to the suspension of football as a result of the coronavirus pandemic.

It has now been confirmed that all elite level football in England will be postponed until at least April 30 and there is a chance that suspension could again be extended.

There is a desire among clubs throughout the divisions to finish the current season and Swansea boss Steve Cooper is hopeful some solution will be reached to conclude the current campaign.

He told the BBC: “I think we have to do everything we can to finish the season. For the integrity of the game, how far we are into the league, it’s the right thing to do.

“What that looks like and how that’s done is the million dollar question right now.

“How they do it is a difficult point, but whatever happens now – whether it’s a short-term delay or a long-term delay – we like everybody else will deal with it as it comes.”