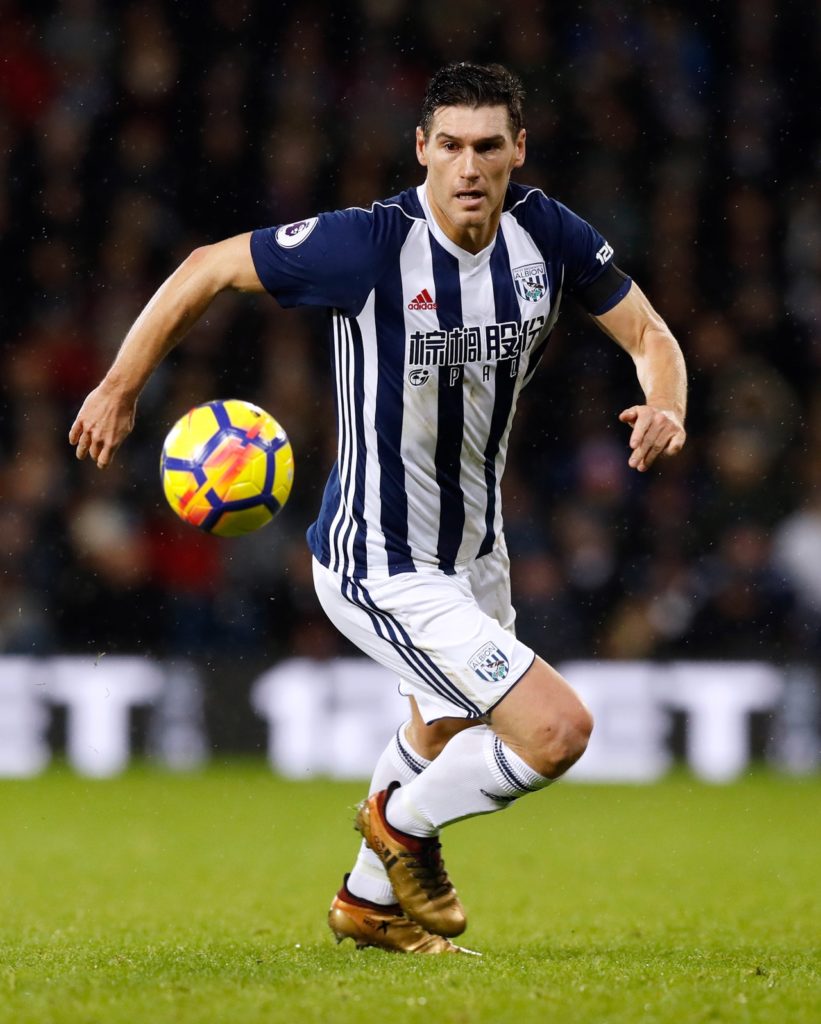 Gareth Barry has rejoined West Brom and looks set to become the oldest player to feature in the Championship this season.

Former England international Barry had feared his playing days were over after he suffered a career-threatening knee injury that required surgery in April, particularly as his contract with West Brom expired during the summer.

However, the former Everton, Manchester City and Aston Villa star, who is the record appearance-maker in Premier League history, featuring a total of 653 times, has been working his way back to fitness.

He has now been offered a route back into the game by the Baggies after signing a contract until the end of the season.

Barry will train with Albion’s Under-23s before making the step into Slaven Bilic’s first-team squad.

If Barry does go on to make an appearance for West Brom, he will become the oldest player to feature in the Championship this term by quite some way given he is due to turn 39 in February.

The current oldest player to play in the second tier this season is Queens Park Rangers full-back Angel Rangel, who turns 37 later this month. He has already featured 11 times for his club this season.

No other player is over 36 although Nottingham Forest centre-back Michael Dawson will turn that age in two weeks’ time.

Barry is also considerably older than the oldest player to feature in the Premier League this season, a tag currently held by his former England and Everton team-mate Phil Jagielka who, at 37, has made three appearances in the top flight for Sheffield United.

However, Barry is not quite the oldest player in the Football League as four players currently featuring in Leagues One and Two were born earlier.

One of those is Doncaster midfielder James Coppinger, who is just over a month older than Barry. He is showing no sign of slowing down as he has been an ever-present for Donny in the third tier this season.

The other three players are all over the age of 40, including Rochdale forward Aaron Wilbraham, who has lost none of his competitive spirit after being sent off five days on from his 40th birthday during the Dale’s 3-0 defeat at Oxford last month.

In League Two, Morecambe forward Kevin Ellison and Crawley midfielder Dannie Bulman have featured regularly for their clubs this season. Both players will turn 41 before the end of the campaign.

Midfielder Bulman, who began his career back in 1994 and played for Wycombe in their FA Cup semi-final against Liverpool seven years later, is just under a month older than Ellison, who is currently acting as Morecambe’s player-manager following the departure of long-serving Jim Bentley, who is only three years his senior.