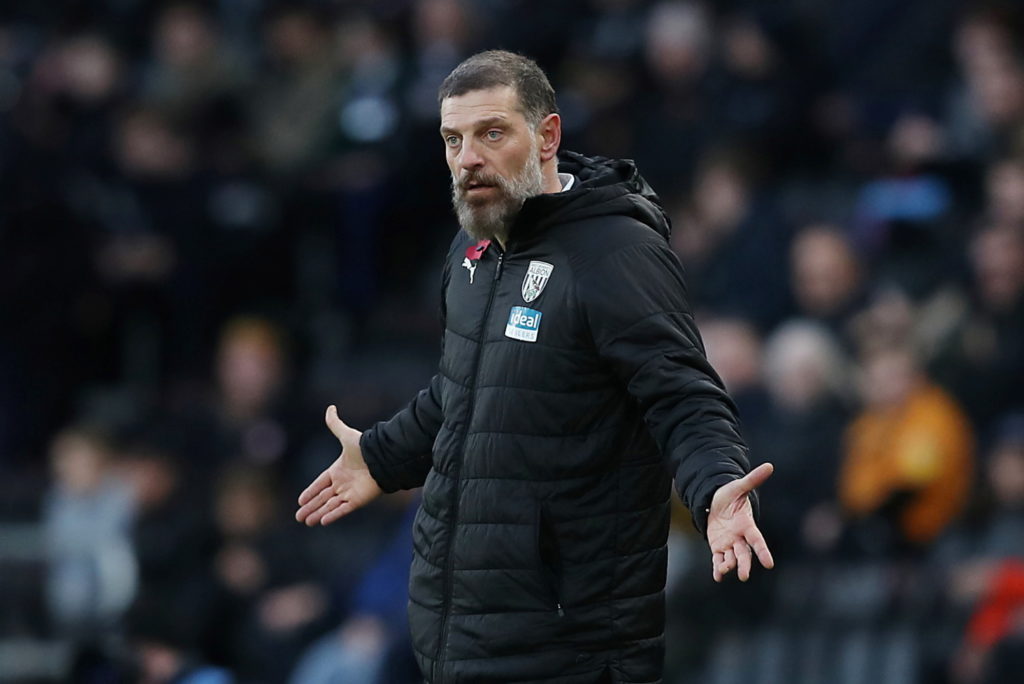 West Brom are scouring the market for new faces this month as Slaven Bilic looks to add extra quality to their promotion push.

Bilic took over at The Hawthorns in the summer and after some shrewd summer business, which included deals for the likes of Semi Ajayi, Romaine Sawyers and Charlie Austin, while Matheus Pereira and Grady Diangana have impressed on loan.

So far so good for the Baggies, currently sitting second in the Championship, level on points with leaders Leeds.

Crucially, the pair are nine points clear of chasing pack and are the undoubted favourites to win promotion to the Premier League.

Any edge they can get over each other this month could prove crucial in fighting for top spot and Leeds have already received a blow this month with Eddie Nketiah seeing his loan from Arsenal being cut short.

Marcelo Bielsa is now searching for another striker and is not alone with Bilic also keen to add.

Speaking ahead of Saturday’s visit to Charlton, the Croatian said he is not expecting wholesale arrivals but is keen to bring some new faces in to further boost competition within the squad.

“We have some money left from the summer and also the club understands the situation – we have to push.”