Diangana can help Baggies over the finishing line 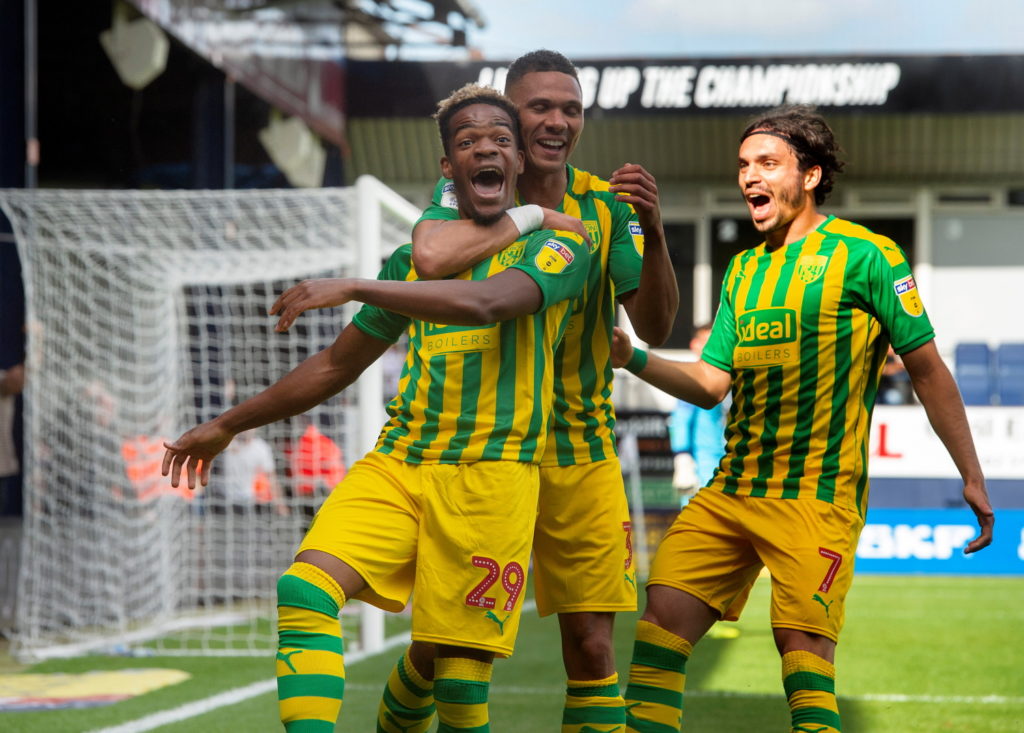 West Brom loanee Grady Diangana is back in training and set to boost Albion's promotion hopes over the final months of the season.

West Ham sanctioned a loan move for Diangana over the summer, allowing the exciting youngster to head to the Baggies for the 2019-20 campaign to continue his development.

After coming through the academy ranks with the Hammers, Diangana made his senior debut in September 2018 – starting and scoring twice in the EFL Cup against Macclesfield Town.

His performance immediately got West Ham fans excited and he was rightly rewarded with a Premier League debut three days later, although it was only a cameo from the bench in a 3-1 win over Manchester United.

Injuries offered up the chance of a regular run in the senior side and he finished the 2018-19 season with 17 Premier League appearances under his belt.

The Hammers were clearly impressed with his exploits and handed over a new six-year contract in January 2019.

With first team appearances set to be limited this term, West Ham were happy to send the England under-21 international out to the Baggies to link up with former boss Slaven Bilic.

The move seemed to make sense for all three parties with Albion looking to earn an immediate return to the Premier League.

The Championship is regarded as one of the most competitive leagues in European football and has provided many a youngster with the chance to advance their career.

Diangana looked comfortable from the outset, scoring twice in six minutes on his league debut in a 2-1 win over Luton.

He played an integral role in helping the West Midlands outfit as they lost just once in their opening 24 league games, scoring five and laying on five assists.

The Baggies’ impressive run saw them sit at the top of the Championship, five points clear of Fulham in third, on January 20 when Diangana limped out of the 1-0 loss at home to Stoke.

The forward sustained a hamstring injury and has spent almost two months watching on frustrated from the sidelines.

Consistency has been an issue in his absence and West Brom have slipped to second, although they are six clear of the Cottagers in third as they look to earn automatic promotion.

Leeds, who are top by a solitary point, and West Brom are heavily fancied to hold on to go up without being involved in the lottery of the playoffs and Diangana’s return, which looks imminent, is a timely boost for Bilic.

The Baggies posted a video to their social media on Tuesday which shows Diangana back on the training pitches with his teammates.

The 21-year-old could return to action at home to Birmingham on Saturday or, failing that, the midweek clash at promotion rivals Brentford.

With nine games left to play this season, Diangana could prove to be the catalyst required for the Black Country side to get them over the line and back up to the top-flight.