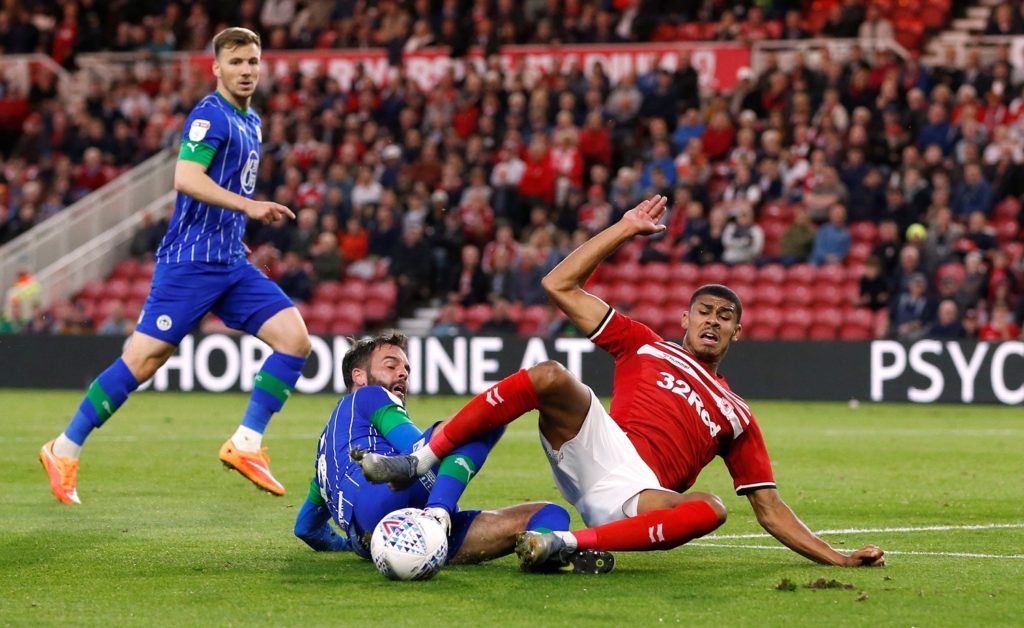 Wigan Athletic defender Danny Fox is reportedly out for the remainder of the season after aggravating a groin injury.

Fox has struggled for fitness all season, making just six appearances throughout the campaign, only one of which has come since August 24.

The 33-year-old finally returned to full training last week and showed enough progress to be given a run-out in an Under-23 game.

However, he lasted just five minutes before coming off with a groin problem and Wigan Today are now reporting his season is over.

Fox joined the club last January form Nottingham Forest but his spell has been underwhelming due to his constant battles for fitness, making just 10 appearances in the second half of last term.

The Latics still have 18 Championship games to play this season and boss Paul Cook is likely to be forced into the transfer market with his options limited.

Charlie Mulgrew recently returned to Blackburn from his season-long loan at the DW Stadium, having requested to have his deal cut short midway through his spell.

That left Cedric Kipre and Chey Dunkley as Cook’s only recognised senior centre-backs and he has had to be creative with his selections.

Midfielder Kai Naismith has been forced to deputise in recent weeks, while captain Sam Morsy may also be a candidate to step back from midfield.

Wigan, who sit 23rd in the Championship table, have the weekend off after they lost to Leicester in the third round of the FA Cup.

They return to action on Tuesday when 10th-placed Sheffield Wednesday visit.