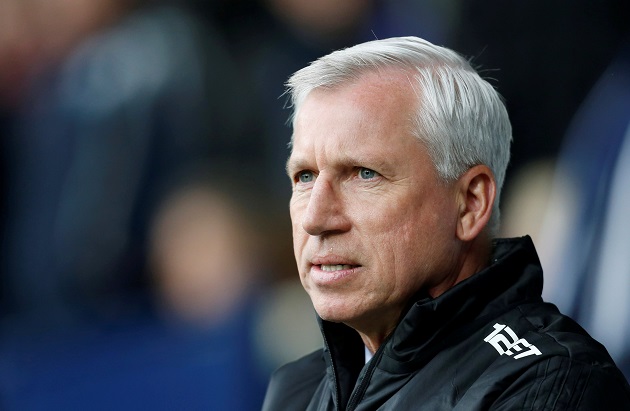 Alan Pardew is damaged goods in British football so he should be lauded for upping sticks and taking the ADO Den Haag job.

Pardew has become something of a tragicomic character in English football over the past few years.

There were murmurs at one time, around the mid-2000s when he was guiding West Ham to the FA Cup final, that he could be a future England manager.

After all, it was no mean feat to take West Ham from the Championship to mid-table safety in one season, particularly when funds weren’t as readily available to all clubs as they are now.

Ultimately Pardew had taken the Hammers as far as he possibly could and after doomed spells at Charlton and Southampton, he was given an unlikely chance to resurrect his career at Newcastle.

Fans were not happy – Pardew was an old pal of disliked owner Mike Ashley so already had work to do to win over the backing from the terraces.

Following a number of recruits from France and an adventurous playing style, Pardew achieved the high-water mark of his managerial career – fifth place in the Premier League for Newcastle.

Since then however, to say Pardew’s career has free-fallen would arguably be an understatement.

Pardew has, among many things, headbutted an opposing player, launched a vicious tirade against Manuel Pellegrini, shoved a fourth official in the technical area, and celebrated an FA Cup final equaliser with the sort of dancing more reminiscent of Alan Partridge.

His spell at West Brom effectively marked the end of his time managing at the highest level.

Brought in to help an ailing side stay in the Premier League, Pardew won just three of 21 matches before being dismissed in April 2018.

Other than a few appearances as a TV pundit, Pardew has been rarely seen so it will have taken many by surprise to see him announced as boss of ADO Den Haag, the Dutch side currently second from bottom of the Eredivisie table.

However, it is a testament to Pardew’s obvious love for the game that he has taken on such a job.

He has never managed abroad before yet is showing a willingness to broaden his horizons.

The club have only handed him a contract until the end of the season, meaning the remit is very clear – keep us up or you will not be getting another one.

Not many in his position would be willing to take such a gamble – Pardew’s reputation is in a bad place at the minute.

Failure at Den Haag would put another nail in the coffin, so he should at least be given a great deal of credit for his bravery.