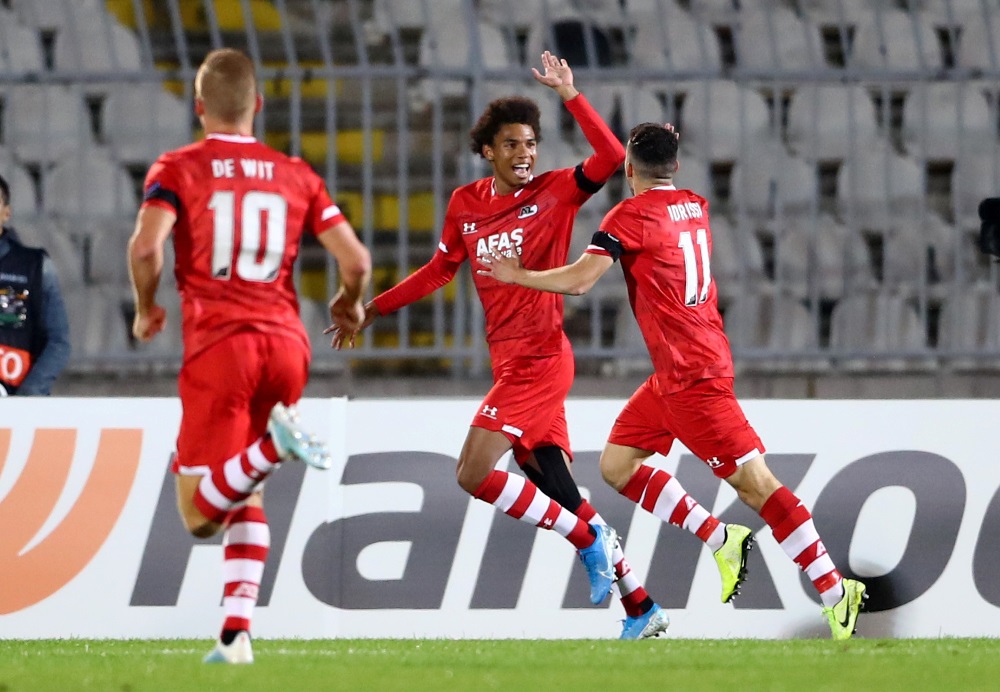 Barcelona have reportedly sent scouts to run the rule over AZ Alkmaar’s Calvin Stengs, who could make his Netherlands debut against Northern Ireland.

The 20-year-old has been turning heads with his displays for AZ this season, with the winger scoring four goals from 13 Eredivisie appearances.

He also has five in the Europa League and registered 10 assists in all competitions –  numbers that will not go unnoticed.

It is impossible for any player to fly under the radar these days and Barca have been alerted to his prowess, with Mundo Deportivo suggesting that the Catalans will dispatch scouts to see if he features against Estonia next week.

Stengs has played for the Dutch Under-21 side but Ronald Koeman has been tipped to hand him his full debut during the current international break, further exposing the youngster to the talent scouts doing the rounds across Europe.

Capable of playing on either flank, the youngster has mainly been deployed on the right by AZ boss Arne Slot, although it remains to be seen if Koeman would follow suit if and when he gets the nod.

Barca are known to be on the lookout for young talent to try and bring the average age of their squad down and Stengs certainly fits into that bracket.

There is no word on whether the La Liga giants would attempt to make a bid in January or wait until next summer, but there is no doubt that other European giants will have their eyes on a player who looks set to soar.