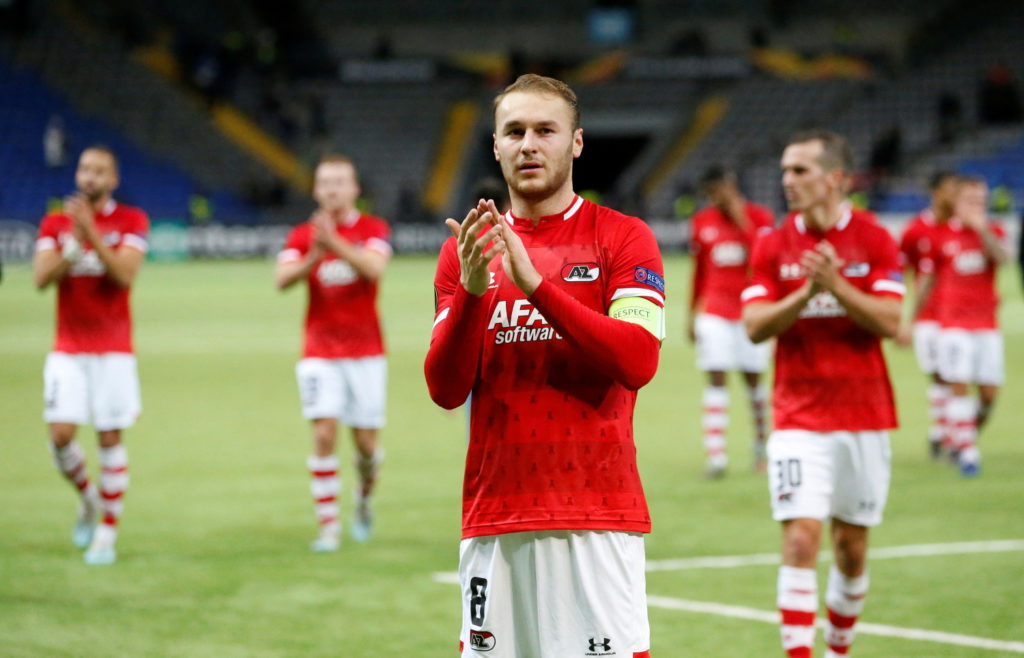 AZ Alkmaar captain Teun Koopmeiners has signed a new deal to keep him at the club until 2023.

The 21-year-old, who made his first-team debut in October 2017, coming on substitute for Alireza Jahanbakhsh for the final 30 minutes of a 0-4 home defeat against Feyenoord, has become a key man in the AZ ranks.

Koopmeiners has now made 91 appearances for the Eredivisie outfit to date, scoring 19 goals, to help them move up to second position in the Dutch top flight.

The midfielder, who also has 13 caps for the Netherlands Under-21 side, was contracted to the Cheeseheads until 2022 but his performances so far this term have prompted the club to hand him another 12 months at the AFAS Stadium.

Koopmeiners has been alerting some top European clubs with his displays and AZ officials were keen to do all they can to keep him on board.

AZ will look to celebrate the news that one of their key men has committed himself to the club for another year by defeating FC Utrecht in the Eredivisie on Saturday evening.

A win would cut the gap to leaders Ajax to just three points although Erik ten Hag’s side host Heracles Almelo later on Saturday and can restore their lead with a 12th win of the season.

AZ follow the game with a home clash against Partizan Belgrade in Europa League Group L as they look to book their place in the knockout stages, possibly alongside group leaders Manchester United, with a win.