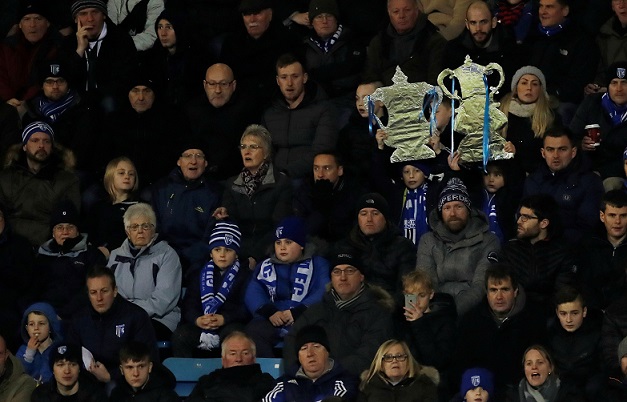 It seems that every season we hear 'the FA Cup is not what it once was' and teams don’t take it seriously anymore.

One wonders how many more years we will have to hear this debate and whether or not pundits, clubs and fans will just accept the modern competition for what it is.

Yes, attendances are not what they used to be but perhaps that is due to the cost of a football ticket these days and not the tournament itself.

Having forked out money to see the congested league schedule over the festive period, funds can be tight for the FA Cup third-round encounters at the start of January.

Another grievance is the fact that teams, especially in the Premier League and even the Championship, won’t put out their strongest sides in the early stages of the tournament.

How far can José Mourinho's @SpursOfficial go in this season's #EmiratesFACup? 🤔 pic.twitter.com/KquISXsYym

That is also a fair point but it does give squad players and academy stars a chance to impress the manager and try to force their way into the first-team picture for important league games to come.

But, there is one big counter argument to the ‘taking the cup seriously’ debate.

If the big teams don’t take the competition seriously……then why do they win it all the time?

In the last 11 years, there is only one team you would consider an unlikely winner to have lifted the trophy and that was Wigan Athletic back in 2013.

While in that time, Chelsea have won it four times, Arsenal three times, Manchester City twice and Manchester United once.

Going back beyond the 11 years, Portsmouth in 2008 would also be considered a shock winner of the traditional cup competition.

But you have to go another 13 years before that to reach a side outside of the ‘top six’ to win it and that was Everton in 1995.

If the big sides did not take this tournament more seriously it would arguably be better viewing for the neutrals, with a whole host of clubs having their name on the cup and securing a place that following season in the Europa League.

Even this term, it is very hard to see one of the top teams not going all the way in the competition.

The likes of Manchester City, Liverpool and Chelsea are likely to be there or thereabouts come the business end of a tournament that apparently they are not interested in.