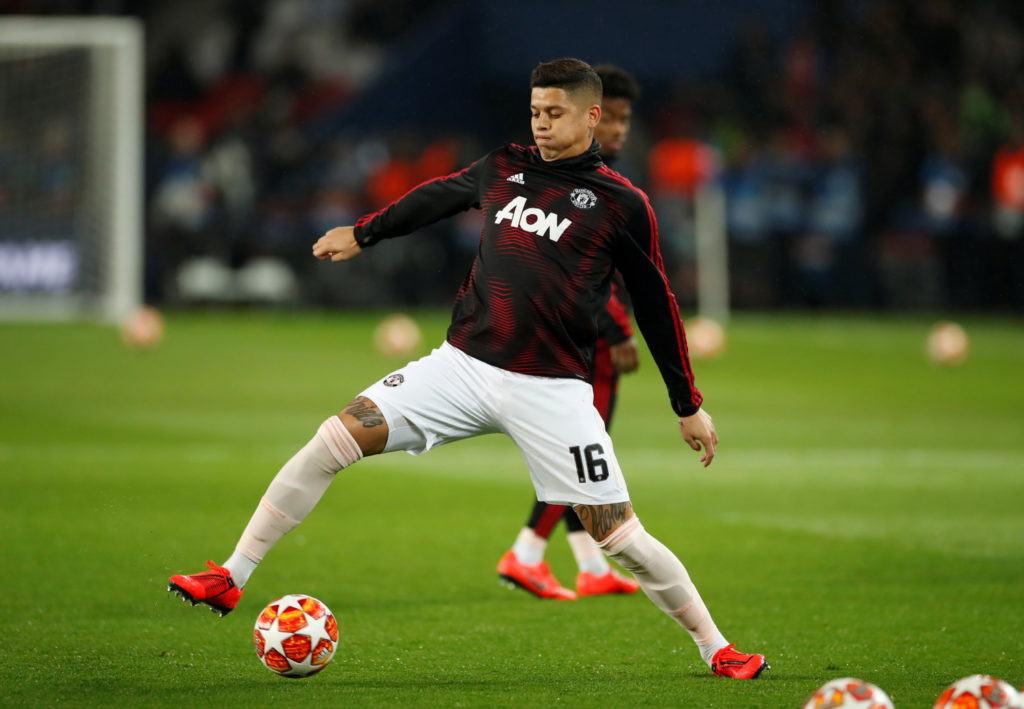 Marcos Rojo admits he joined Estudiantes on loan for the rest of the season in order to put himself in the shop window for international recognition.

The 29-year-old has been on Manchester United’s books since the summer of 2014 but has made just 122 appearances in all competitions during that period.

Injuries have hampered his progress at Old Trafford but the Argentina ace has never really shown the type of form required to nail down a regular starting berth in the Red Devils’ rearguard.

The 22 Premier League outings he enjoyed in his debut season at the Theatre of Dreams has never been bettered by the South American and, having slipped down the pecking order this term under Ole Gunnar Solskjaer to make just one top-flight start, the decision was made to send him out on loan.

One stat to blow your mind: Marcos Rojo has left Manchester United with less red cards for the club than Juan Mata. What a guy #MUFC pic.twitter.com/sgIictGZxU

Now back at his hometown club where he began in the youth ranks as a 10-year-old, Rojo is hoping to give La Albiceleste coach Lionel Scaloni a nudge in the right direction.

“One of the reasons I came here was to play for the Argentina national team, I want to be close,” he told reporters at a press conference. “I spoke with Scaloni and I told him that I came here to play every weekend, to get continuity and that I am anxious to be back with the team.”

Argentina begin their World Cup qualifiers in March, with the former Spartak Moscow and Sporting stopper keen to add to his 61 caps, having played for his nation just twice in 2019.