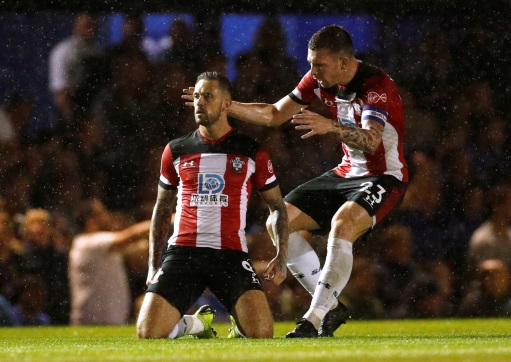 Southampton striker Danny Ings has been backed to earn a recall to the senior England squad by his former manager Brendan Rodgers.

Ings has been in impressive form over recent weeks, scoring five goals in his last four appearances, and will be hoping to extend that streak when the Saints entertain Rodgers’ Leicester side in the Premier League on Friday night.

Rodgers knows all about the quality that Ings possesses, after he signed the 27-year-old for Liverpool from Burnley four years ago.

The former Bournemouth player actually scored the final goal of Rodgers’ tenure as Liverpool manager – against Everton in 2015 – and he was rewarded by making his England debut a week later against Lithuania.

However, Ings then suffered a serious knee ligament injury later that month and was never able to re-establish his place in the Liverpool team under Rodgers’ successor, Jurgen Klopp.

Ings was subsequently loaned to Southampton last season before making the move permanent during the summer.

Rodgers feels his former striker is capable of resurrecting his England career if he can maintain his current form.

“If he’s scoring goals regularly in the most competitive league in Europe, then there is absolutely no reason why he can’t,” Rodgers told reporters. “It’s all about that consistency.”