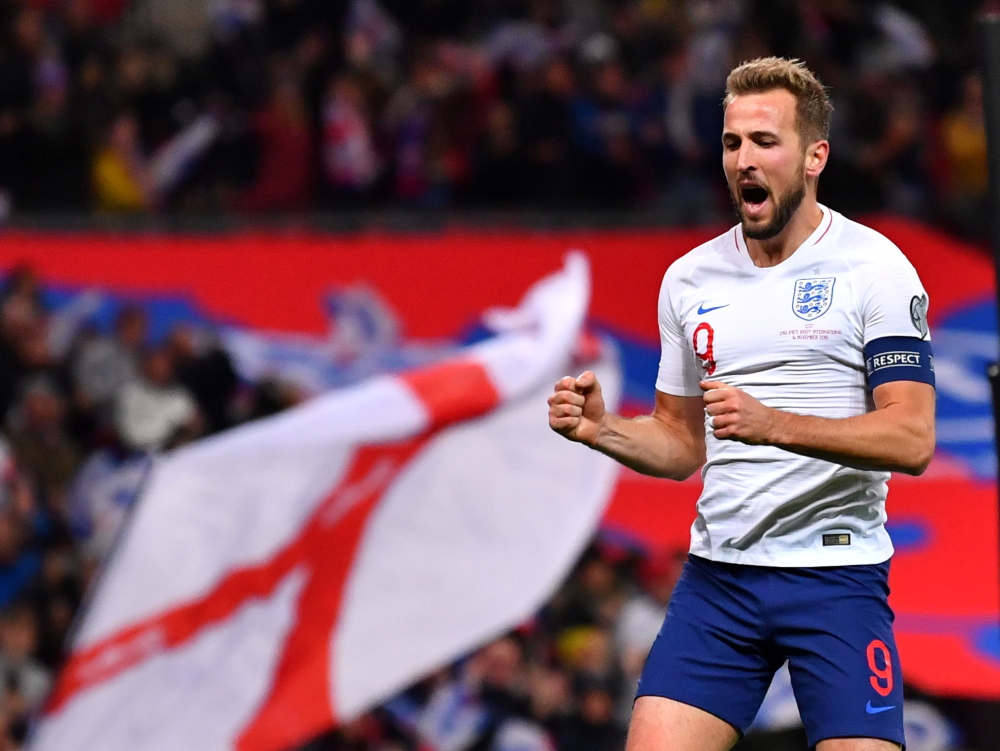 England booked their place at Euro 2020 with an emphatic victory over Montenegro, Harry Kane notching a first-half hat-trick on a memorable night at Wembley.

On the occasion of England’s 1000th international fixture, head coach Gareth Southgate named the Three Lions’ youngest starting XI for 60 years with an average age of 23 years and 255 days.

The young Lions seemed to relish the occasion and produced a ruthless display as they put the visitors to the sword.

England opened the scoring after 11 minutes, Alex Oxlade-Chamberlain marking his first international start in 18 months with a goal as he brought down Ben Chilwell’s cross before arrowing his shot into the bottom corner.

Having passed up a couple of good chances, the second arrived seven minutes later when Kane found himself unmarked from six yards out to head in Chilwell’s freekick.

Chilwell then completed a hat-trick of assists when he combined with Kane again for the Three Lions’ third, the Spurs striker heading home the Leicester left-back’s corner from close range.

The goals kept on coming with Marcus Rashford adding the fourth on the half hour mark, the Manchester United striker finishing off after Harry Magure had been denied by Milan Mijatovic at point blank range.

Kane wrapped up his third England hat-trick in the 37th minute when he brought Trent Alexander-Arnold’s cross under control before turning and finishing in one fluid motion.

Montenegro’s awful first half could have been made worse when Marko Vesovic looked to have headbutted Rashford, only for the right-back to escape with a yellow card.

England took their foot off the gas after the interval but still managed to add two more to the scoreboard, Aleksandar Sofranac shining the ball into the back of his own net from a mis-hit Mason Mount shot on 66 minutes.

The win confirms England’s place at next summer’s major tournament and leaves Southgate free to experiment with his side on Sunday when they travel to Kosovo.