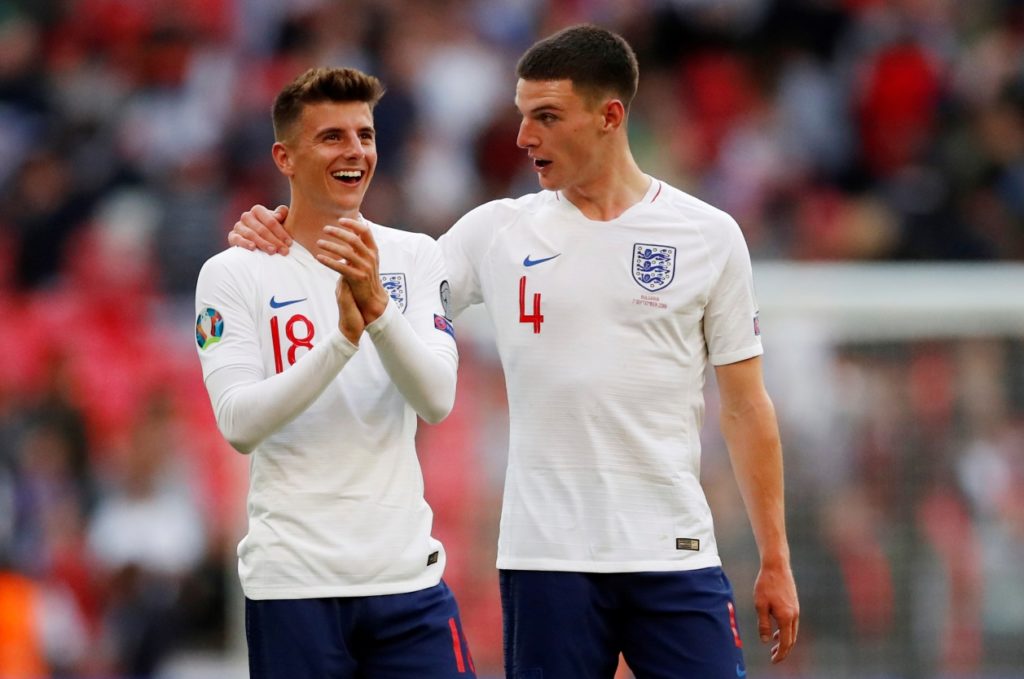 Declan Rice is adamant he can play in the England midfield with Harry Winks and it does not have to be one of them or the other.

England boss Gareth Southgate is blessed with a plethora of talent in the middle of the park and could probably put out two top-class midfields with ease.

Against Kosovo on Sunday night he picked both West Ham’s Rice and Winks of Tottenham when his previous strategy had been to select one and leave the other on the bench.

The duo’s international careers have followed a similar path, with Rice capped seven times and Winks five but the former sees no reason why they should not operate in the same starting XI.

“A lot of people on the outside see it as competition but I’m really good friends with Harry Winks and when he plays I’m happy for him,” he told the Evening Standard. “I played with him for the first time last night and we were speaking afterwards saying how much we enjoyed it.”

England won 4-0 to confirm themselves as Group A winners, with 21 points from eight games played and the only blip being a surprise 2-1 loss to Czech Republic.

The 2018 Word Cup semi-finalists are among the favourites to win next year’s showpiece and it will be square pegs and round holes for the boss once again, with Alex Oxlade-Chamberlain, Jordan Henderson, Mason Mount, Ross Barkley, Eric Dier, Dele Alli, Jesse Lingard and Ruben Loftus-Cheek all in the equation.