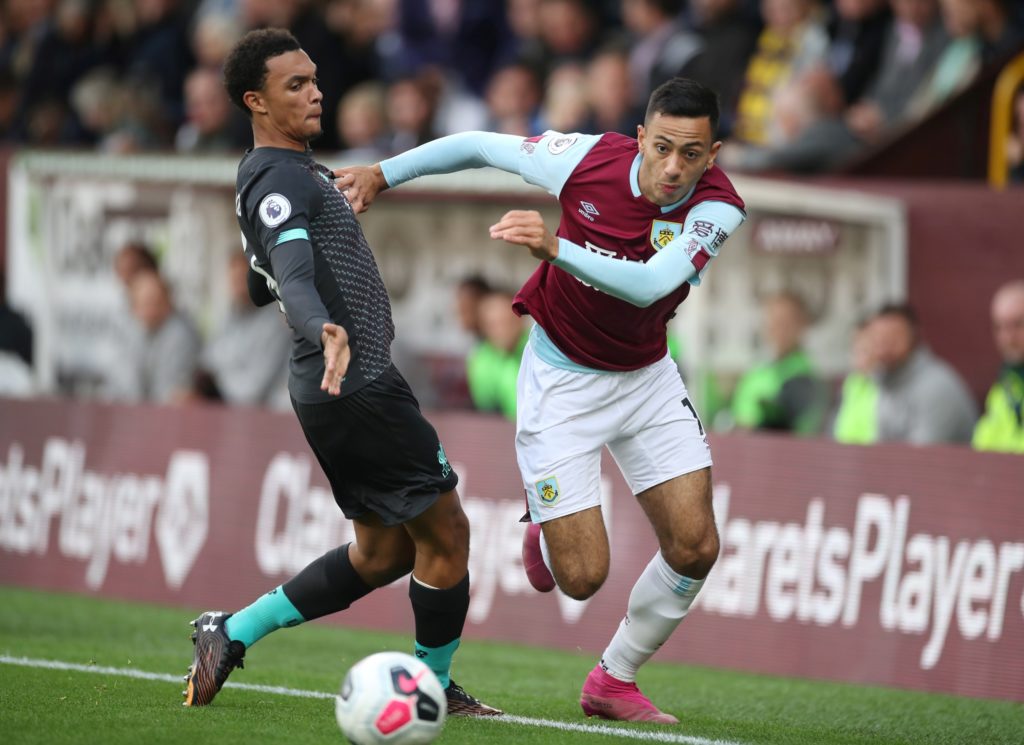 Burnley boss Sean Dyche feels Dwight McNeil deserves to be handed a chance by England before Euro 2020 next summer.

McNeil broke into the Clarets side last season and managed 21 Premier League appearances in total in 2018-19.

The winger has been a virtual ever-present for Burnley this year and has started all 14 of their league games, completing 10 of them, and Dyche feels he deserves his chance for the national side.

“When I see some of the other young players getting called up, he can’t be that far away in my opinion, but I’m bound to say that, I see him every day,” Dyche told the Lancashire Telegraph.

“I’ve never questioned the national side of things and certainly not with Gareth [Southgate]. I’ve got a good relationship with Gareth, it’s not easy picking the players but we’ll see.”

Dyche is never one to shy away from backing his players for international recognition and has also talked up Charlie Taylor, Ben Mee and James Tarkowski for England honours in the past.

The Clarets have clearly unearthed a real gem in McNeil, who was released by Manchester United as a youngster, and he has been capped at youth level by England with three appearances for the Under-21s in 2019.

However, he will face a real battle to secure a senior call up in the near future due to the quality England have in the wide areas in attack.

Manager Gareth Southgate may have dropped Manchester City’s Raheem Sterling for the Euro 2020 qualifier against Montenegro in the last international break but his place in the squad is secure. Jadon Sancho of Borussia Dortmund, Manchester United forward Marcus Rashford and Chelsea teenager Callum Hudson-Odoi are also ahead of McNeil in the pecking order.

The likes of Dele Alli, Ruben Loftus-Cheek and Ross Barkley didn’t even make the most recent England squad, highlighting the Three Lions’ strength in the attacking midfield areas, and McNeil appears unlikely to be able to force his way into Southgate’s plans before Euro 2020 despite Dyche’s backing.