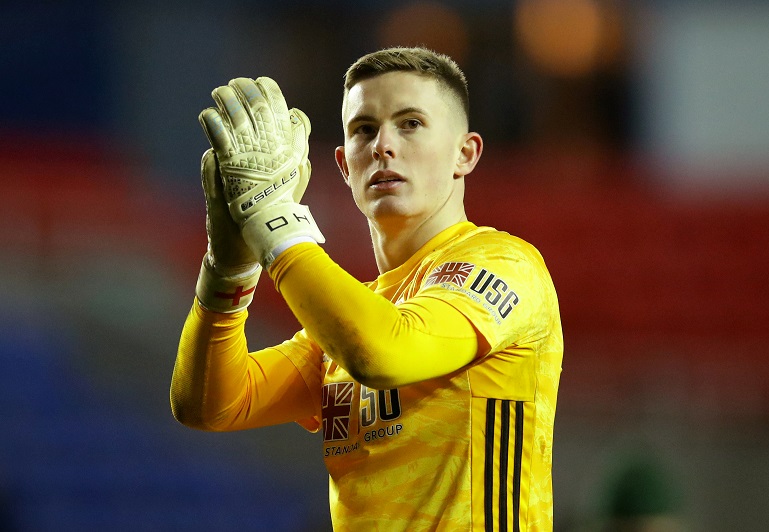 As the European Championships draw ever nearer, a number of young Premier League stars could be set to make their Three Lions debuts on the highest stage.

Looking to build on his side’s gallant run to the World Cup semi-finals in Russia two years ago, England boss Gareth Southgate is blessed with an abundance of options as he makes his all-important squad selection. But with one hundred days to go, which new faces could be in with a shout?

The Blades’ rip-roaring return to the top flight has left the South Yorkshire outfit within touching distance of a place in European competition, thanks – in no small part – to the antics of goalkeeper Henderson. In his second season on loan at Bramall Lane, the 22-year-old has kept nine clean sheets in the league, a tally only bettered this term by sure-fire pick Nick Pope of Burnley, as well as Alisson of table-topping Liverpool.

With Jordan Pickford’s Everton form called into question at numerous points since his heroic World Cup outing, a close contest could be brewing for the right to lead England from the back this summer. Stoke City’s Jack Butland will also want in.

A four-time international at under-20 level, Manchester-born left-back Brandon Williams could be an outside shout for defensive cover following his run in the Red Devils’ first team. The 19-year-old made his Premier League debut in October and has been a key cog in the United machine ever since, sitting out just a handful of fixtures.

A first senior goal came in November’s 3-3 draw with Henderson’s Sheffield United, but with a total of eleven yellow cards to his name from just twenty-four appearances this term, the youngster’s disciplinary record, coupled with a lack of experience at the top level, could see him overlooked for the likes of Leicester’s Ben Chilwell.

An obvious candidate, Stockport native Foden’s glittering display in the Carabao Cup final showcased a maturity rarely found in such a young midfielder. At 19, Foden has already racked up 61 outings in a City shirt, scoring ten goals and laying on a further ten for last season’s champions.

But Pep Guardiola’s protegee faces stiff competition for a place in the final squad; Declan Rice, Alex Oxlade-Chamberlain, Harry Winks, James Maddison and Mason Mount are all vying for a shirt at this summer’s tournament. Could an absence of game time count against the City starlet?

Another graduate of the England youth setup, the Steel City-native grabbed the goal that clinched U20 World Cup Final glory against Venezuela in 2017.

The 22-year-old has found the net thirteen times in the league this season, with a further two goals coming in the EFL Cup. But with even a half-fit Harry Kane a shoe-in for Southgate’s squad and Danny Ings on fine form for Southampton, Calvert-Lewin’s inclusion may hinge on the fitness of Marcus Rashford.

Furthermore, if the England boss can convince the Premier League’s leading scorer Jamie Vardy to return to the international scene, or if the former Middlesbrough manager opts for four-cap Tammy Abraham, it may well be curtains for the Everton man’s Euro dream.