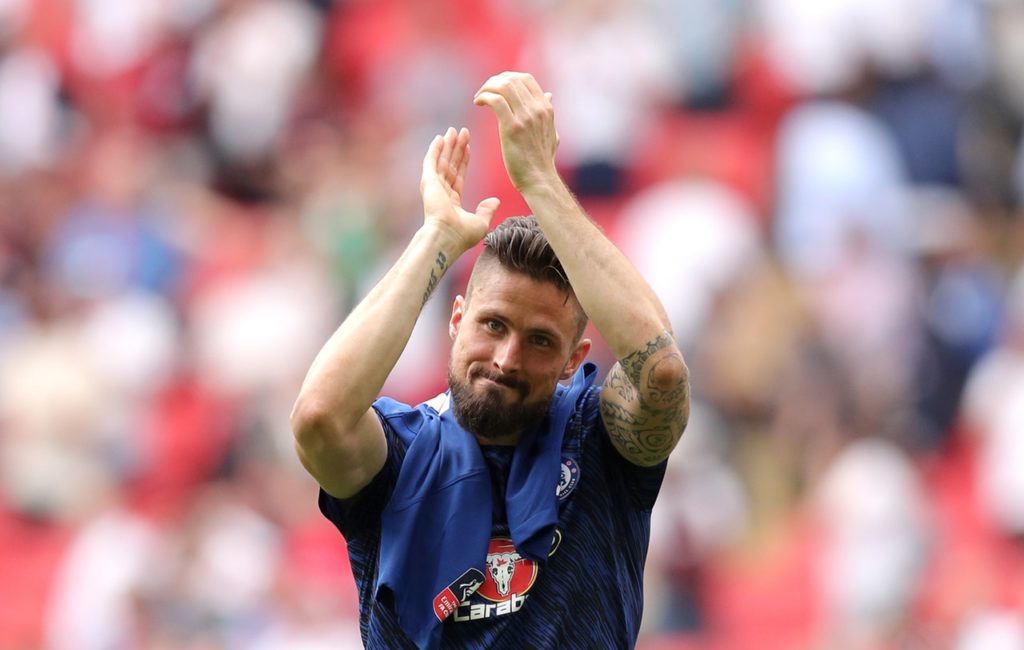 Olivier Giroud is desperate to represent France at Euro 2020 and hopes he can impress for Chelsea between now and the end of the season.

The striker scored six goals in eight games during qualifying for the summer showpiece for world champions France but a lack of action for his club has left his place in Didier Deschamps’ squad in doubt.

Chelsea boss Frank Lampard was willing to let Giroud leave Stamford Bridge in the January transfer window but a move failed to materialise, despite links with Tottenham, Inter Milan and a handful of clubs in Ligue 1.

Giroud was handed his first appearance since November as a substitute in Monday’s 2-0 defeat at home to Manchester United and headed home Mason Mount’s cross, only for a VAR review to judge he was offside.

Euro 2020 could well be Giroud’s last chance to represent Les Bleus at a major tournament as the forward is now 33-years-old.

The former Montpellier and Arsenal hitman now hopes he is handed more game time at Chelsea in the remainder of the season in order to secure his spot in Deschamps’ squad, and he says he has put any thoughts of a transfer to the back of his mind.

“I want to give everything for the team and obviously my personal target is to play as much as I can to play the Euros for my country,”he told Talksport. “It is massive for me.

“Things like that [January], now I am 100 per cent focused on Chelsea’s target and I want to keep fighting, come back on the scoresheet and the teamsheets and every single game is a big opportunity for me to show my desire to come back in the game.”

France are set to face Ukraine, Finland and Croatia in warm-up matches before the tournament.

Les Bleus have been drawn in an incredibly tough looking Group F and will face Germany, Portugal and a play-off winner in the Euro 2020 group stages.