Bierhoff looking forward to welcoming Sane back to Die Mannschaft 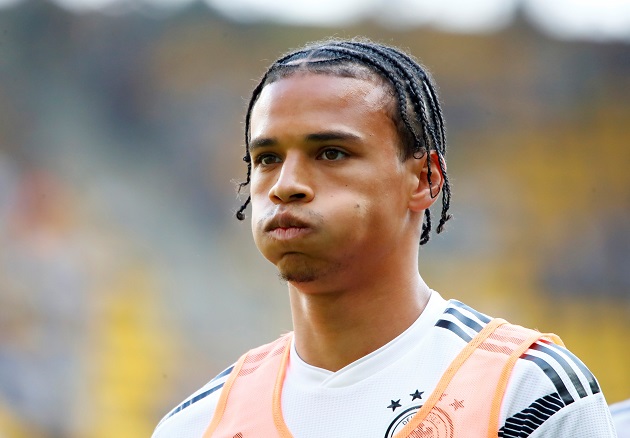 Oliver Bierhoff says he hopes Leroy Sane will be available for Germany selection as soon as possible but has refused to set a definite return date.

The winger has endured a horribly frustrating season for Manchester City in the Premier League, spending the entirety of the campaign on the treatment table.

He picked up a serious knee injury in Manchester City’ Community Shield penalty shootout victory over Liverpool in August and has not played since.

Sane’s recovery has stepped up in recent weeks and he is now back in full first-team training.

However, it is unclear when exactly the 24-year-old will be back in contention for Pep Guardiola’s side, who are 22 points behind Liverpool at the top of the Premier League.

With Euro 2020 just under four months away, Sane is running out of opportunities to come back and stake his claim in the Germany side.

Next month, Joachim Low’s side have friendly matches against Spain in Madrid and Italy in Nuremberg.

Then, they play Switzerland in Basel on May in their final pre-Euro 2020 friendly.

Former Germany international Bierhoff, the current technical director of the national team, says he would like to welcome Sane back but does not want to place an exact date on his return.

“I am hearing Leroy is making great strides,” said Bierhoff.

“I know that the coaches are in communication, but I can’t say whether it is enough for him to make the national team in March. But the sooner Leroy comes back, the better. We are of course looking forward to having him.”

Sane has won 21 caps for his country since making his debut in 2015 but was controversially left out of Low’s World Cup squad two years ago in Russia.