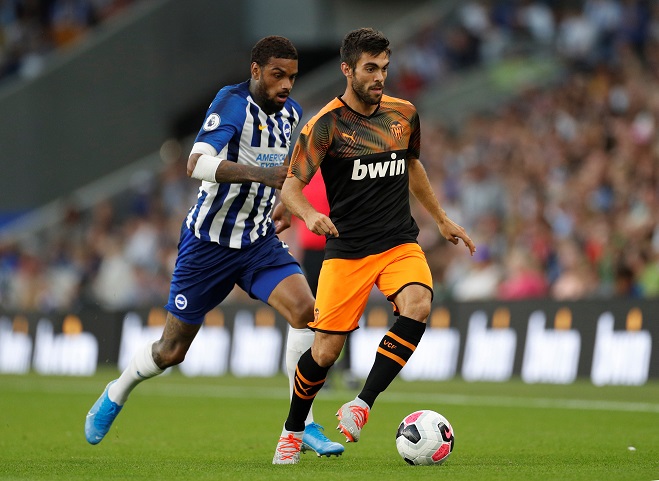 On-loan Hoffenheim forward Jurgen Locadia says he is hopeful of securing a call-up to the Netherlands national side.

The 25-year-old has already received several invites to the senior Oranje team but is still to make his full debut.

He was first involved in the squad in 2015 for a friendly match against Germany but did not take to the field.

Then in 2016 he was given another chance for friendly matches against France and England but had to pull out through injury.

His last call-up was in 2017 when still a PSV Eindhoven player and since then he has struggled for form.

A move to Brighton occurred in January 2018 after scoring nine goals in 15 appearances that season but he never truly excelled for Chris Hughton’s team and only scored six times in 43 appearances.

Despite starting the opening weekend 3-0 win at Watford for new boss Graham Potter, he joined Hoffenheim on a season-long loan deal from the Seagulls in the summer and scored his first Bundesliga goal in Saturday’s 3-2 away win at Hertha Berlin.

Now, he is looking to the future and hopes his form will improve enough to warrant international selection once more.

“I definitely have that ambition,” he told Eindhoven’s Dagblad when asked about the prospect of playing in Ronald Koeman’s side.

“If I play a lot here and start scoring more often, I assume that I can come into the picture again.”

Good form for Locadia would give him a chance given the Netherlands’ lack of striking options.

Galatasaray’s Ryan Babel has been leading the line for the Dutch in recent times despite now being 32-year-old.