Rohr must live in Nigeria – Pinnick 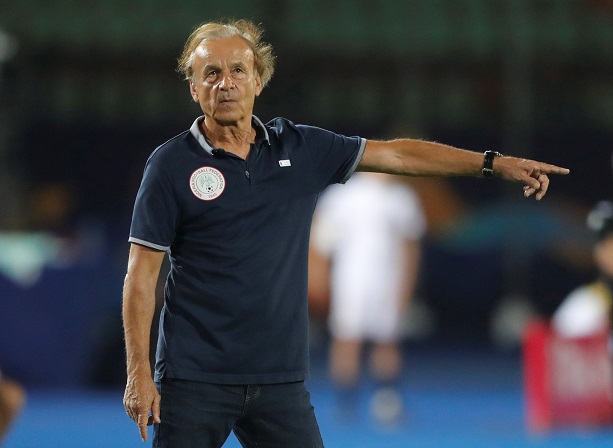 Nigeria Football Federation president Amaju Pinnick has revealed Gernot Rohr needs to live in the country if he wants to keep coaching the Super Eagles.

Rohr has been in charge of Nigeria since August 2016 but is yet to deliver success for the national team, having been knocked out at the group stage of the 2018 World Cup before finishing third at the 2019 Africa Cup of Nations.

The 66-year-old’s current contract runs out on June 30, 2020, leaving doubts about his future, but the NFF have confirmed they will be starting negotiations over extending his deal in January.

– The German-born coach won nine, lost three and drew three of the 15 games he managed this year

– Rohr's stats this year show he had good outings with the team pic.twitter.com/xH6qfZxuZc

However, certain stipulations will be made by Pinnick, who has revealed former Burkina Faso boss Rohr must reside in the country if he wants to extend his stay with the Super Eagles.

“We will start negotiating the new contract with Rohr in January,” he was quoted as saying by guardian.ng. “That would give us time to plan for the qualifiers, which begin in March. We are not going to compromise our national integrity again.

“He must live in Nigeria and can go to Europe two or three times a year. He can stay either in Lagos or Abuja, where we are ready to provide a befitting accommodation for him.”

Rohr’s men have won their last three games and are unbeaten in four. They will be looking to keep that good run of form going when they return to action in the new year.

The Nigeria boss has spoken about trying to incorporate new players into his squad although he also insisted it will only happen in friendlies, with his tried-and-tested options being used for competitive matches.