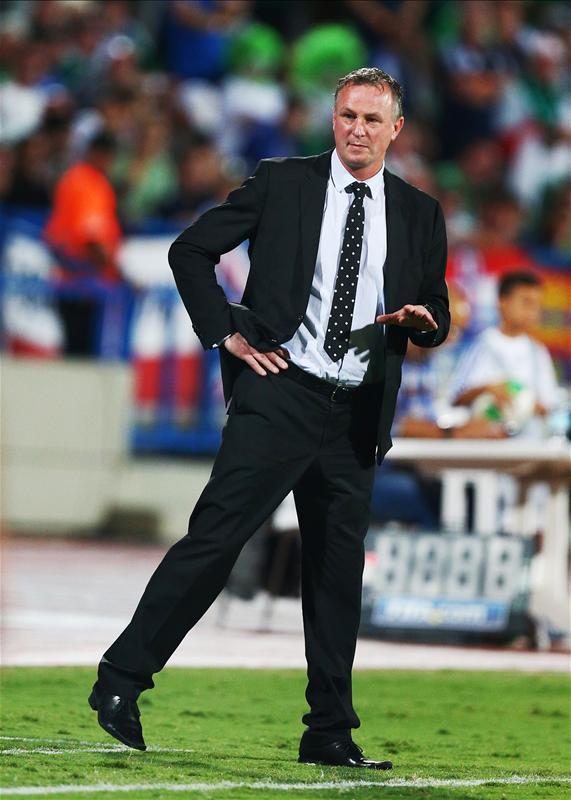 O’Neill has enjoyed a fantastic time at the helm for Northern Ireland, having taken charge back in 2011, and he became the first manager to lead the Green and White Army to the European Championships in 2016.

The 50-year-old, who was linked with a number of posts during the summer, had recently spoken about the prospect of moving back into club football, saying “good ownership and good people” are key factors for him when it comes to leaving international management.

His next venture takes him to the bet365 Stadium after the ex-Newcastle United midfielder put pen-to-paper on a deal until the summer of 2023, taking charge of a Stoke side that are rock-bottom of the table and six points from safety after Nathan Jones was sacked on November 1.

O’Neill took his first training session on Friday and he will be in the dugout for Saturday’s crucial relegation six-pointer at Barnsley, who are just one place and a point above the Potters.

The Northern Irishman, who started his managerial career at Brechin City in 2006, will address the media for the first time as Stoke boss after the game in South Yorkshire.

O’Neill will take charge of Ireland’s forthcoming Euro 2020 qualifiers against Holland next Saturday and Germany the following Tuesday, while he will also oversee any Euro 2020 play-off matches in March next year.

Speaking about the Stoke move, Irish FA Chief Executive Patrick Nelson said: “We reluctantly agreed to allow Stoke to talk to Michael after they met the compensation requirements. Michael has now agreed terms with the EFL Championship club.”