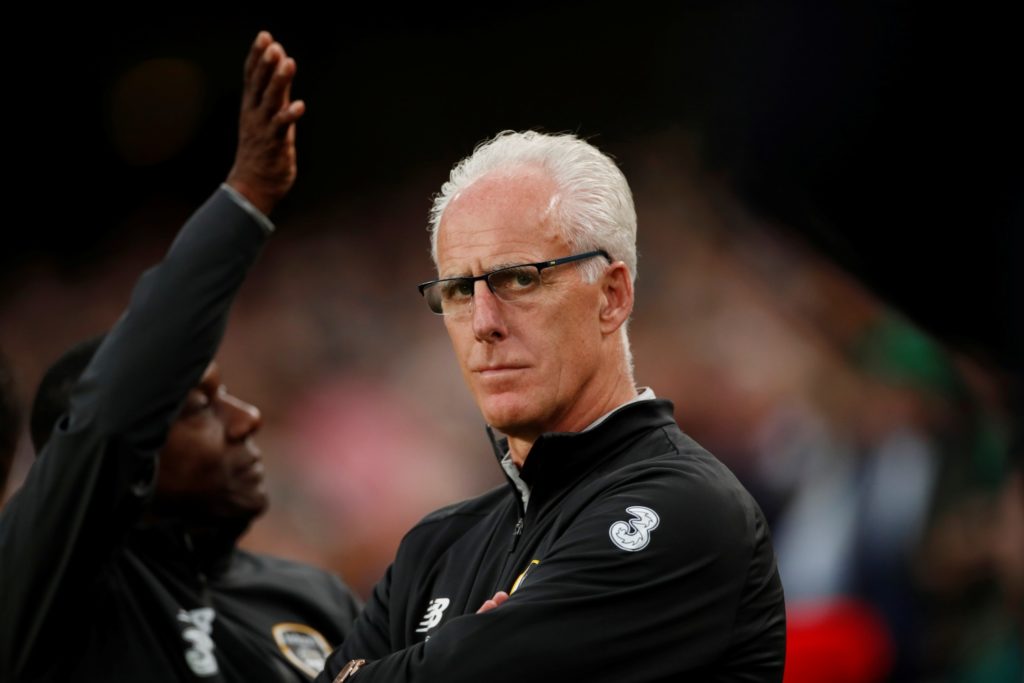 Republic of Ireland manager Mick McCarthy says he has no problem with Darren Randolph going to West Ham as a back-up goalkeeper.

The Republic of Ireland ace has made 42 appearances for his country since breaking into the side while playing for Motherwell back in 2012, with his debut coming against Oman.

Randolph left the Hammers two seasons ago to join Middlesbrough for £5m as their number one keeper but now looks set to make the trip back to the London Stadium to act as the club’s back-up stopper.

Lukasz Fabianski will remain first-choice at West Ham, meaning Randolph could go long periods without getting a first-team game.

The move has hit a slight hitch due to an injury problem but is still expected to be completed this month.

International managers always like their players to be getting regular action but McCarthy says he is in favour of the keeper returning to the top flight – even if he will be second choice.

“I have spoken to Darren and I am delighted for him that he has got this move,” McCarthy told FAI.ie. “It’s a return to the Premier League and to a club he knows inside out.

“He has told me he is fully fit again after his recent injury, so he will hit the ground running. He is a top-rate ‘keeper and working with him since March has only made me rate him even more highly.

“I’ve seen just how good Darren is in training and he has been one of the standout players so far in our European Championship campaign. It’s a good move for him and that makes it a good move for Ireland ahead of the game against Slovakia in March.”