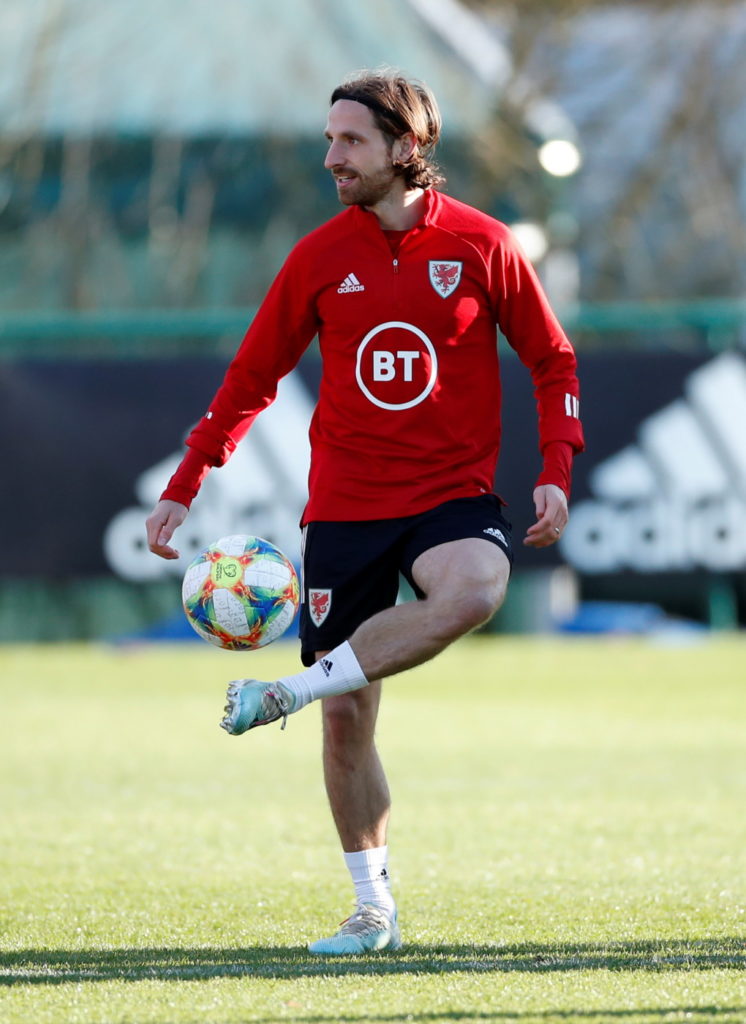 Allen picked up the season-ending blow during Stoke’s 5-1 Championship thrashing of Hull on Saturday and he is not only expected to miss the remainder of the domestic season, but he is also likely to sit out Wales’ third appearance at a major international tournament.

The 29-year-old left the field on a stretcher after landing awkwardly following a challenge by Hull midfielder Daniel Batty on the stroke of half-time at the bet365 Stadium when the score was already 3-0 in Stoke’s favour.

The severity of the injury is not yet known, but initial reports suggest the former Liverpool star faces a prolonged period on the sidelines and his likely absence from Euro 2020 will be a huge blow for Wales boss Ryan Giggs.

Allen is one of the most experienced members of Giggs’ squad having won 56 caps since making his debut as a teenager in 2009 and he played a major role in Wales’ run through to the semi-finals of Euro 2016.

Wales have been drawn in Group A for this summer’s finals where they will face Italy, Turkey and Switzerland.

Of course, the news of Allen’s injury is not just a blow to Wales, but also for Stoke, who despite Saturday’s 5-1 win, remain in a battle to retain their Championship status.

Allen has been an ever-present since Michael O’Neill took over as manager of the Potters in November and he has scored four goals in 34 Championship appearances this term, the most recent of which came in last month’s 2-0 victory over Cardiff.

The former Swansea player has also worn the captain’s armband over recent weeks due to the absence of regular skipper Ryan Shawcross through injury, although the centre back did return to the bench against Hull.