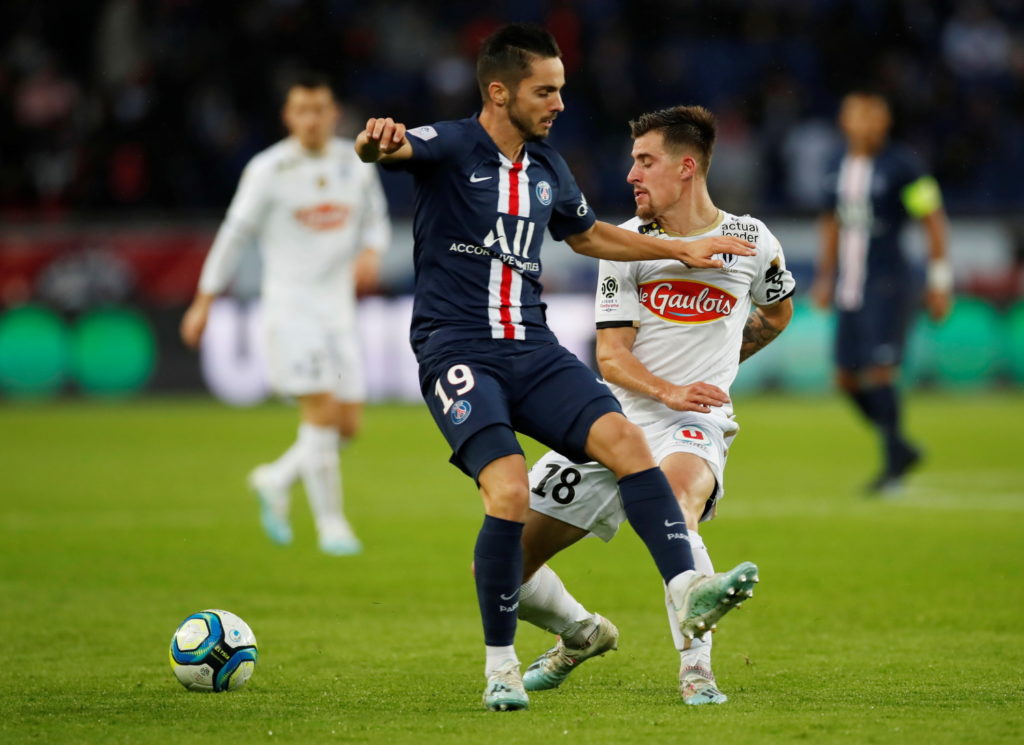 Angers are bracing themselves for a summer transfer battle as several clubs are reportedly preparing offers for Baptiste Santamaria.

Former France Under-20 international Santamaria arrived at Angers in 2016 from Tours and he has been a regular first-team fixture ever since, making 134 Ligue 1 appearances and scoring two goals in the process.

The 25-year-old midfielder has helped Les Noirs et Blancs to 10th in the French top-flight standings this season, 12 points clear of the relegation places and 10 behind fourth-place Lille, who hold the final European spot.

During the January transfer window, Premier League outfit Aston Villa were said to be keen on signing Santamaria and an £10million bid was believed to have been lodged in the final days.

Angers rejected the amount as the club believed the midfielder’s valuation would only increase in the second half of the campaign, and the Villans instead settled for Chelsea’s Danny Drinkwater on loan for the remainder of the season.

Villa chief Dean Smith is still said to be interested in a summer move for Santamaria although that will depend heavily on whether the West Midlands outfit avoid relegation from the Premier League.

Spanish pair Sevilla and Villarreal are also keeping the Frenchman on their radar due to his consistent performances, and this will only bump up the potential transfer fee as the clubs prepare for a transfer battle.

However, a lot of things will depend on how the domestic campaigns across the world finish as the coronavirus pandemic continues to see fixtures postponed around the globe.

It remains unclear when, or if, the current season will resume, while a delayed finish could have huge implications for the summer transfer window, which is due to open on July 1.