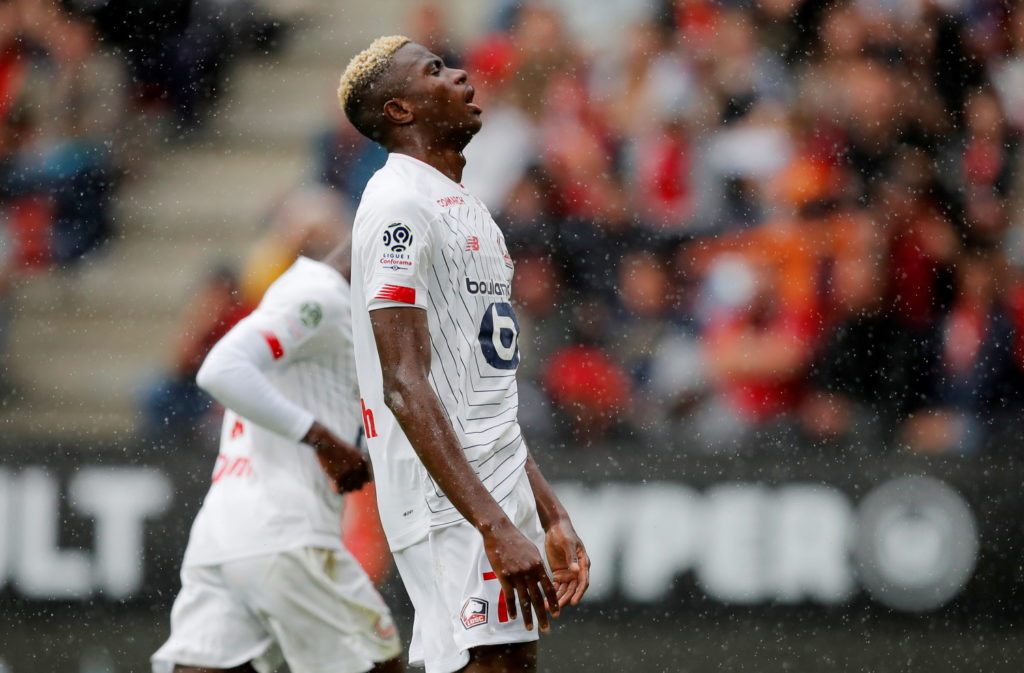 Lille are believed to be ready to concede defeat and see Victor Osimhen leave the Ligue 1 outfit in the January window.

Osimhen, who has scored 10 Ligue 1 goals this season, has attracted interest from Premier League frontrunners Liverpool and it’s thought the Reds are set to up their efforts to try and land the attacker.

The Nigerian international was signed from Belgian side Charleroi in August for £10.8million but his value has increased following a host of impressive displays in the French top flight.

It’s thought the Reds have kept tabs on Osimhen and Jurgen Klopp is believed to have wanted more reports on the player ahead of a potential move next month.

Liverpool are not thought to be alone in the Premier League in their interest of Osimhen and other clubs in England are also monitoring the 21-year-old.

Lille, who will be looking at potential replacements to bring in next month, will be able to demand a high price for Osimhen as the player put pen to paper on a five-year contract upon joining the club in August.

Youngster Osimhen predominantly plays as a centre-forward but the right-footer can also play on the wing and would be a strong addition to a Reds’ squad that are dominating the Premier League this season and also has hopes of retaining their Champions League crown this term.