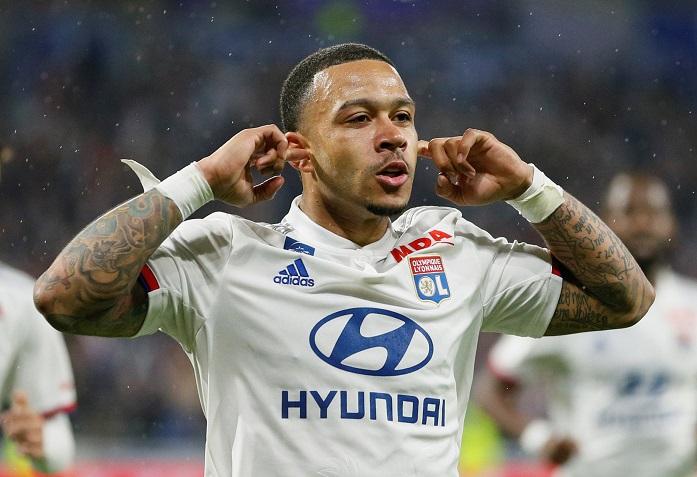 Memphis Depay feels Lyon showed the right attitude as they secured their place in the knockout stages of the Champions League on Tuesday night.

Zenit certainly did not put up much resistance in their match, as they were beaten 3-0 in Portugal, but Lyon were still set to miss out on a place in the knockout stages as they were trailing 2-0 against Leipzig.

However, Rudi Garcia’s side battled back and goals from Houssem Aouar and Depay salvaged a 2-2 draw which was enough to see them squeeze through to the last 16 by finishing as runners up in Group G.

Depay acknowledged after the match that Lyon certainly did not make life easy for themselves, but he was pleased with the attitude his side showed to battle back.

“We didn’t play our best game, but we qualified,” Depay told the Ligue 1 website. “We went onto the pitch, played with our hearts and we qualified.

“We’re proud. We started the game badly, but we managed to get the draw, which means we didn’t give up and that we have a good attitude. We are united, we’re strong.”

Lyon’s qualification means they are one of two Ligue 1 sides that have made it through to the last 16 alongside Paris Saint-Germain, although Lille’s European venture is over for another season after they were beaten 2-1 by Chelsea on Tuesday.