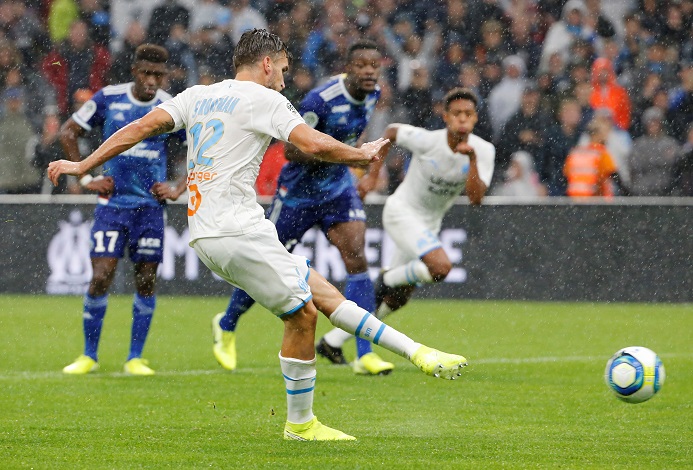 Kevin Strootman is expected to leave Marseille in January but boss Andre Villas-Boas is keen to keep hold of the midfielder.

Strootman revealed earlier this season that OM chairman Jacques-Henri Eyraud wanted him to leave during the summer.

The Dutchman joined Marseille in a €25million from Roma in August 2018 on a five-year deal but endured a disappointing first season in Ligue 1.

The 29-year-old earns a reported €4.5m a year at Marseille and the club were keen to get him off their wage bill after failing to qualify for European competition.

Strootman has established himself as a key player under Villas-Boas, who replaced Rudi Garcia as boss in May, and reports in France claim the manager hopes to keep hold of the midfielder until at least the end of the season.

Marseille have enjoyed a strong start to the campaign and sit second in the Ligue 1 table with 31 points – just five adrift of leaders Paris Saint-Germain.

However, Marseille are still keen to offload Strootman and are open to offer in the January window despite their impressive start, the fact they appear on course to qualify for next season’s Champions League and Villas-Boas’ desire to keep hold.

Italian giants AC Milan have been linked with Strootman but need to sell before they can buy in the winter window.

If no serious offers come in for the midfielder, Villas-Boas may well get his wish to retain the midfielder until the season comes to an end.