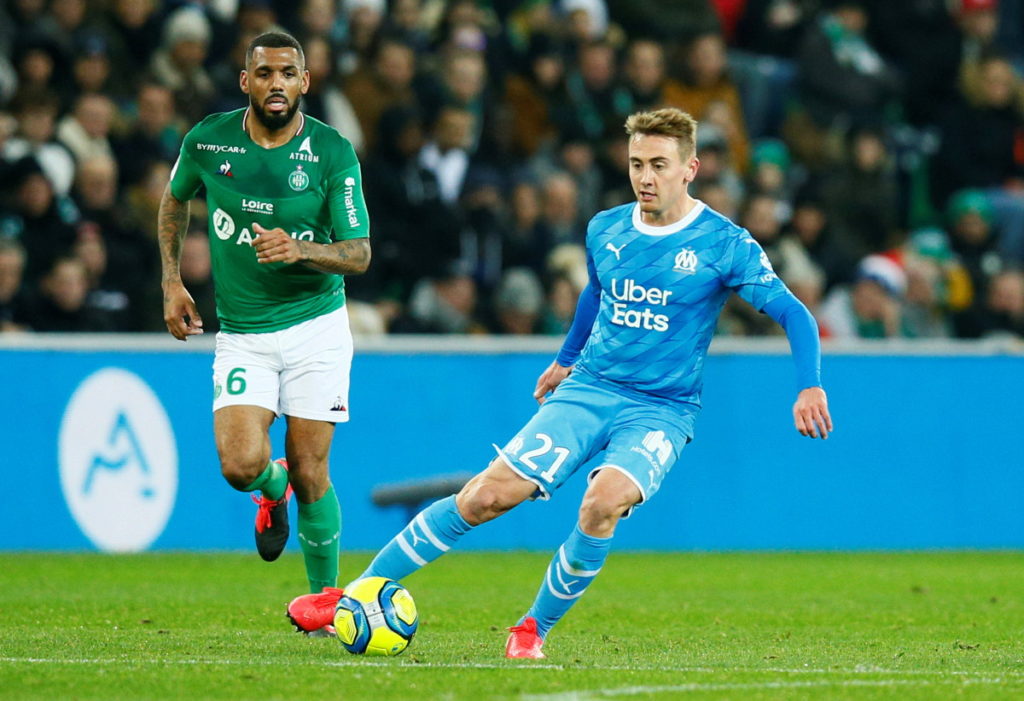 Marseille midfielder Valentin Rongier is targeting a victory at Lille as his side bid to reach the Champions League.

OM sit second in the Ligue 1 table with 49 points, nine clear of Lille in fourth.

If Marseille can claim a win at the Stade Pierre-Mauroy they will have a 12-point advantage over Les Dogues, while a defeat would allow their hosts to close the gap in the fight for automatic qualification for Europe’s top competition.

A draw would still be a positive result for Marseille on Sunday but Rongier insists his side have their sights set on what would be a huge victory.

“We are going to Lille to win, that’s for sure,” he told reporters on Friday. “We all have the same goal. We know that if we win it will be a really good result. But if I say that I would not be happy with a draw, I would be lying, and I’m not a liar.

“Yes, a draw would allow us to maintain that gap, and I think it would be a very good result.”

Marseille could well be without star man Dimitri Payet for the trip to Lille due to a muscle injury.

Rongier concedes that without Payet his side do not have the same “sparkle” due to his ability to “unlock” defences, bit he feels Marseille can still get a positive result at Lille even if the forward is forced to miss out.