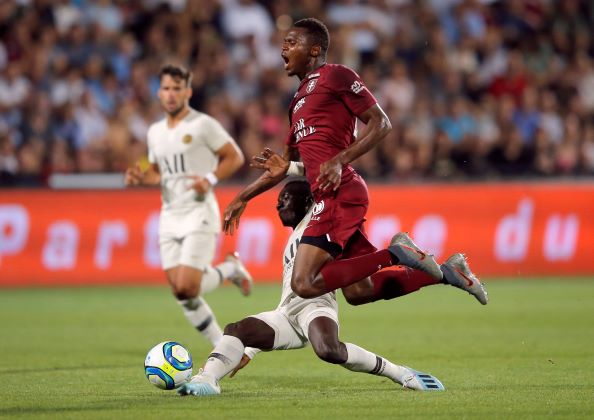 Norwich City are the latest club to be linked with a January swoop for Metz forward Habib Diallo.

The 24-year-old has been turning heads for the Ligue 1 strugglers, with eight goals from 13 league appearances a superb return, but has been unable to lift Les Grenats higher than 17th in the standings.

Reports earlier this month suggested Premier League high-flyers Leicester City had scouted the man capped once by Senegal, while north-east outfit Newcastle United were also on his trail.

Now it has emerged the former Brest loan man has been attracting the attention of Chelsea and Tottenham, while basement club Norwich have also watched him perform during the current campaign.

Diallo scored 26 goals for Metz as they won promotion from Ligue 2 in 2018-2019 and now seems at home in the French top flight.

With Vincent Hognon’s side likely to be involved in a battle against the drop all season, it remains to be seen if they sanction a move away in the winter window although the Stade Saint-Symphorien club would be able to ask for a decent fee in the current transfer market.

Whether a switch from one struggling club to another with Norwich would be a welcome one for the African is open to debate and the other suitors would certainly hold more appeal.

Chelsea are currently under a transfer embargo and unable to sign any players in the new year, while Spurs could do with some new recruits after a lacklustre first third of the campaign.