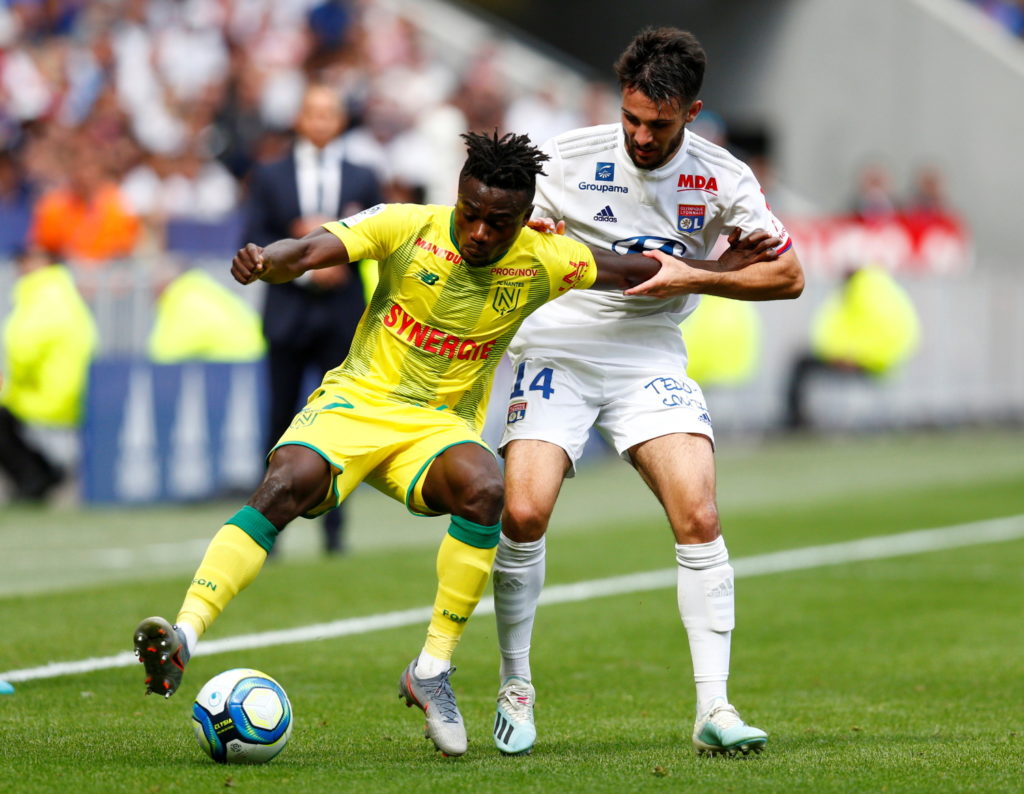 Nigeria international Moses Simon says he would be open to making his loan switch to Nantes a permanent arrangement after a strong start to life in France.

Having agreed a season-long loan move from La Liga outfit Levante, Simon has hit the ground running in his first spell in French football.

In fact, Simon is so settled and enjoying life at Nantes, who are currently in 11th place in the French top flight, the talented forward is considering making his move to Les Canaris a long-term one if the clubs can agree terms.

“Yes of course, I want to stay. I feel very good at Nantes. However, my future does not depend solely on me,” Simon said in a pre-match press conference on Thursday.

Meanwhile, Nantes boss Christian Gourcuff has been impressed with what he has seen so far from the summer recruit.

Gourcuff feels the talented 24-year-old has the ability to change a game and believes defenses have been having a hard time of late coping with the Nigerian’s skills in the final third.

“He is an extremely interesting player. He has an individual capacity to make differences,” he added. “He is fast, technically, it is very strong. Obviously, for a defence, it is a poison!

“He is a very good recruit for Nantes.”

Simon will be looking to put his skills to good use once again on Saturday, with Nantes making the trip to a Dijon side struggling down in 17th place in the Ligue 1 standings.