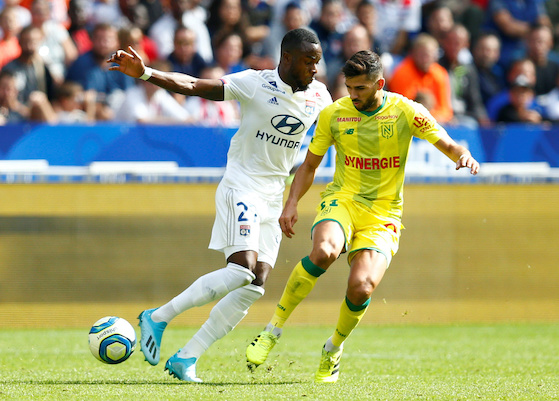 The French top flight was suspended earlier this month after the coronavirus outbreak caused havoc around Europe.

Football in England, Germany, Spain, Italy and Portugal is also suspended until further notice as countries around the world try to stop the spread of the pandemic.

Coronavirus has already claimed thousands of lives around the world, and Abeid says it was the correct decision to stop playing.

"This is vital for the future of the clubs and French football."@LFPfr president Nathalie Boy de la Tour affirmed this morning the decision to finish the season in Ligue 1 Conforama:https://t.co/ck44BTPcJd pic.twitter.com/JKU8cdib1M

The Algeria international says he is using the time off to see his family, but he admits he is working hard to try and improve his fitness as he tries to make a big impact when the Ligue 1 season resumes

He told France TV Sport: “For everyone to have to stay at home without going out it is difficult, but necessary.

“We fear that it will be long, but we will adapt, I miss football a lot already, but life and health are much more important than everything.

“We have a WhatsApp group with the medical staff [at Nantes] and must send data from our cardio watch every day, even during confinement we work hard to be ready when the league resumes.”

Abeid has already made a big impact on the Nantes squad this season, making 29 appearances so far.

He has helped the club climb into 13th in recent weeks, although they did lose their last two matches.

Nantes are 10 points clear of the relegation zone, but they look set for a mid-table finish with fourth-placed Lille 12 points better off.