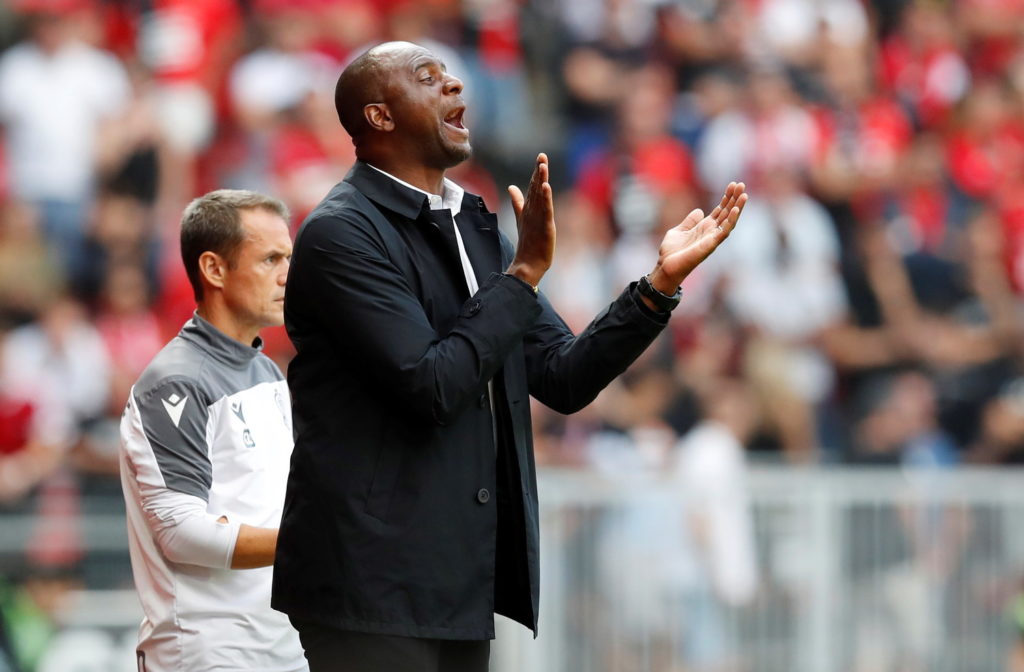 Manager Patrick Vieira has admitted he can’t ignore the reports linking himself with the Arsenal job but he insists he is happy with life at Nice.

The former Arsenal skipper is one of the names that has been suggested to replace Unai Emery as the next permanent manager at the Emirates.

Vieira’s former team-mate Freddie Ljungberg is in charge at the Gunners on an interim basis but his hopes of securing the job long-term have suffered after a draw and a defeat to Norwich and Brighton respectively in his first two games at the helm.

Frenchman Vieira says he has heard of the potential interest from north London but, for the moment, he is happy with life at Nice and the work he is doing in Ligue 1.

“You can never ignore a club where you’ve spent nine years,” said the 43-year-old. “But, honestly, I’m focused on this project at Nice, I feel very good here. It’s a very exciting project. I’ve always said that I’m very happy in Nice. We’re all working to move the club forward and there is potential.”

Vieira’s comments regarding the Arsenal job came after his Nice side secured an impressive 4-1 victory over a struggling Metz side on Saturday.

It has been a tough start to the campaign for the southern outfit and despite those three points against Metz, they still find themselves down in 12th place in the Ligue 1 table despite some heavy investment in the summer transfer window.