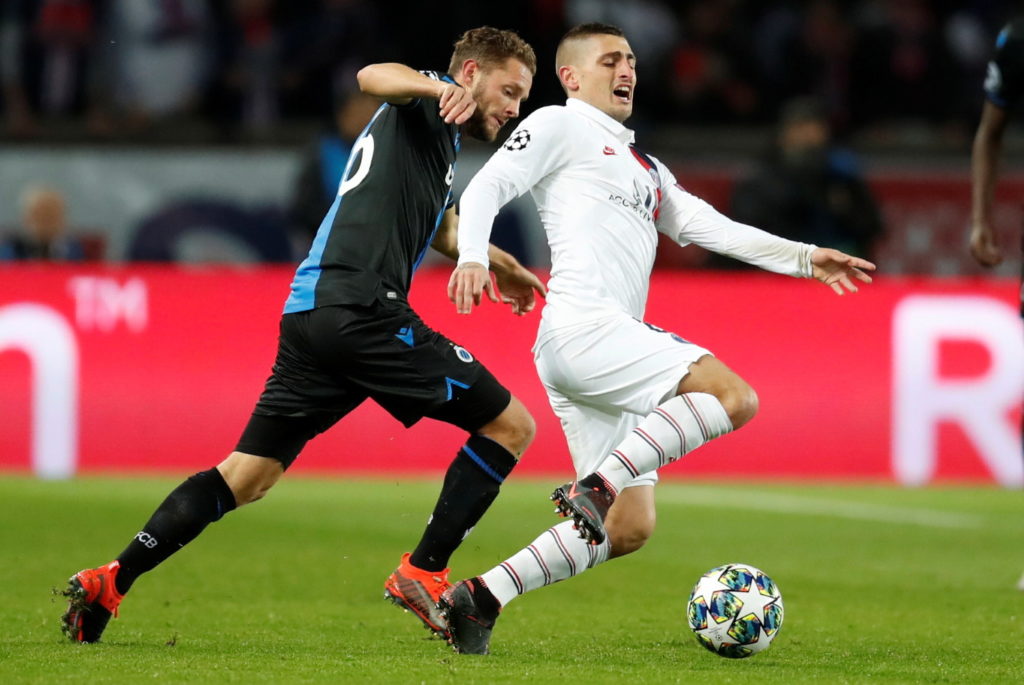 Marco Verratti is confident Paris Saint-Germain can win the Champions League this season because he now feels he is with the best team in the world.

The 27-year-old Italy international, who has scored nine goals and created 48 assists in 292 games for PSG since moving to France from Pescara in 2012, is no stranger to success at the Parc des Princes and has already won six Ligue 1 titles.

However, Verratti is still looking to help PSG achieve their ultimate ambition of becoming European champions as they have consistently fallen short in recent seasons.

Thomas Tuchel’s men have impressed so far in this season’s Champions League. They have already qualified for the knockout stages ahead of Real Madrid, having won all four Group A games, scoring 10 goals and conceding none.

I’ve not seen any teams much better than PSG – Verratti

As a resultm Verratti feels hopeful PSG can finally advance into the latter stages of the tournament and even win it.

“I think we can do very good things in the Champions League this season, with this squad if we have no problems,” he said.

“Do I feel like I’m playing in the best team in the world? Yes because I play with great players. We should have a lot of confidence in ourselves because I don’t really see any teams better than us.”

Meanwhile, Verratti revealed he would be happy to stay with PSG for the rest of his career, having just last month signed a new contract to keep him at the club until summer 2024.