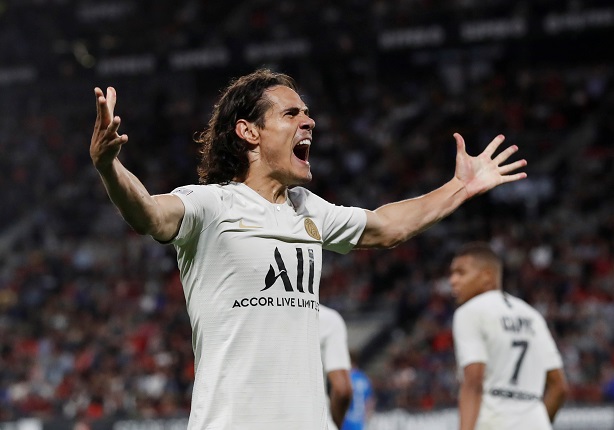 The 32-year-old is out of contract at the end of the season, with clubs from around Europe able to speak to him about a move.

Cavani has spent the last seven years at the Parc des Princes, scoring 196 goals in 289 appearances in all competitions.

The Uruguay international made a name for himself at Napoli during a three-year stay and while a return to the Partenopei is being mooted, La Liga club Atletico Madrid are thought to be the favourites for his signature.

Atletico boss Diego Simeone is believed to be a big fan of Cavani and is confident he can still fire home the goals as he approaches the final years of his career.

Injuries derailed the start of the season for Cavani, scoring twice in his eight appearances and despite reports to the contrary, Tuchel believes he will still be in France next season.

He told reporters: “It has been difficult for Edinson after picking up an injury. That meant he lost his rhythm, whilst other players were in good form in his position.

“But whilst he is here he must continue to prepare in the best way possible. I trust that he will stay with us, and I do not imagine anything else happening.”

Atletico are thought to be operating near their La Liga salary cap, meaning they need to offload players in the summer.

Simeone has already hinted that Thomas Lemar could be on his way, with the Argentine admitting this week he had not lived up to expectations.