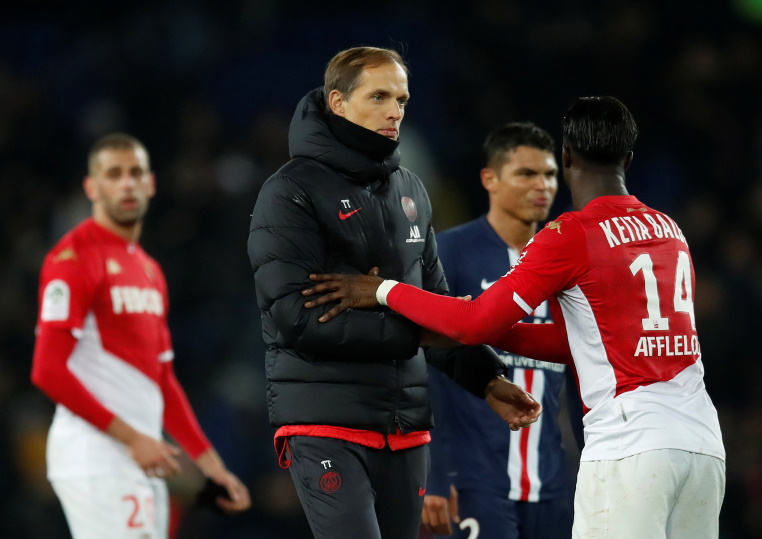 Paris Saint-Germain coach Thomas Tuchel says he learned plenty about his side as they had to settle for a point in a thrilling 3-3 draw with Monaco.

Neymar grabbed a brace, his first coming after just three minutes to give PSG the lead, but the visitors came roaring back as goals from Gelson Martins and Wissam Ben Yedder put them 2-1 up.

PSG were back on terms as Fode Ballo-Toure put through his own goal, before Neymar added a second from the penalty spot to give them the lead at half-time.

Monaco fought back again as Islam Slimani’s equaliser on 70 minutes was eventually awarded after a lengthy review from video assistant referee adjudged he was onside.

PSG pushed for a winner with both Kylian Mbappe and Edinson Cavani missing good chances at the death as the game finished 3-3.

Tuchel says there is plenty to analyse from the game, and was unhappy with the way he side gave the ball away too easily.

“It was an intense match. It’s exactly what we need to improve,” Tuchel said. “We have to analyse what we did well, what we did badly. We had difficulties in closing down the space on Monaco counter-attacks.

“The first 20 minutes were difficult. We controlled things better in the second half. We had good chances, but didn’t manage to score a fourth.

“They got a third, a little bizarre it was too. The first half was a little too open, they’re a top-quality team. You have to be careful not to lose the ball in dangerous areas. That’s what we needed to progress.”

The Parisians remain top of the Ligue 1 standings after the draw, five points ahead of Marseille with a game in hand.